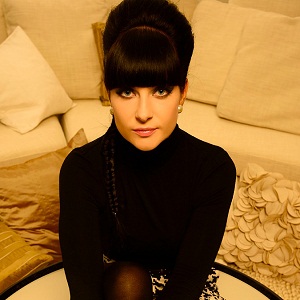 With her debut single Paper Heart doing the rounds on radio stations around the country we are quickly getting to know of rising starlet Lucy May.

The singer has already been compared by many to the likes of US country superstars Taylor Swift and Leann Rimes and the songwriting skills heard throughout Lucy’s debut single display a talent that has the potential to be around for some time to come.

With a full length record in the works and pencilled in for release later this year as well as appearances already lined up at a number of the year’s biggest festivals, 2013 is set to be a busy year for the singer-songwriter and we got to chat to Lucy about her plans for the year and the background to her pennings. Here’s what Lucy had to tell us:

How are you?
I’m really good thank you.

You have recently released your debut single Paper Heart. Can you tell us a little about the track?
It reflects a time where you feel you can’t get over sadness and heartbreak thinking you’re strong enough to overcome but sometimes that’s not the case.

What has the reception been like towards Paper Heart so far?
The reception has been amazing, national and regional radio have been so supportive, in particular Radio 2 have embraced it, and when you hear DJ’s and Presenters such as Sir Terry Wogan, Jo Whiley and Steve Wright paying compliments, means a lot.

Who inspired you to become a musician?
I’ve had many inspirations from an early age. As a young girl I would watch Top of the Pops and seen The Spice Girls and Britney Spears performing and it would inspire me to become a performer. My parents gave me the love of singing.

Did you grow up in a musical family?
No, but I was surrounded by music during my childhood. My mum and dad would play all kinds of music but unfortunately never played any instruments. My Nan would sing old cockney songs to me whilst I was young but that would only happen at family gatherings.

How are you finding the journey so far, making your way as a recording and touring artist?
I am loving every minute. The people I’ve worked with and performed with so far have given me so much support. But, I’ve also have had my ups and downs like everyone else who wants to be an artist.

What advice would you offer someone who was thinking about beginning a career as a recording and touring artist like yourself? What words of wisdom would you offer them?
My advice to anyone who wants to pursue a career in this industry is to stick to your dream. If you have the ambition and motivation to do it, it will happen. There are set backs and let downs at times and you feel disheartened but if you really want it you have to keep on going.

Paper Heart is your debut single which will be from your debut album. When can we expect the album’s release?
The album is set to be released later this year.

Is Paper Heart indicative of the albums overall style?
Yes, but I have also included a mixture of other influences and styles.

Do you have any plans to tour in 2013?
I do and I will be announcing dates soon.

The festival season is a fantastic place to get your music heard and for an artist to find their footing and audience. Will you be joining the line-up of any festivals in 2013?
Yes, I am playing a few festivals in the UK this year but keep checking my website for where and when.