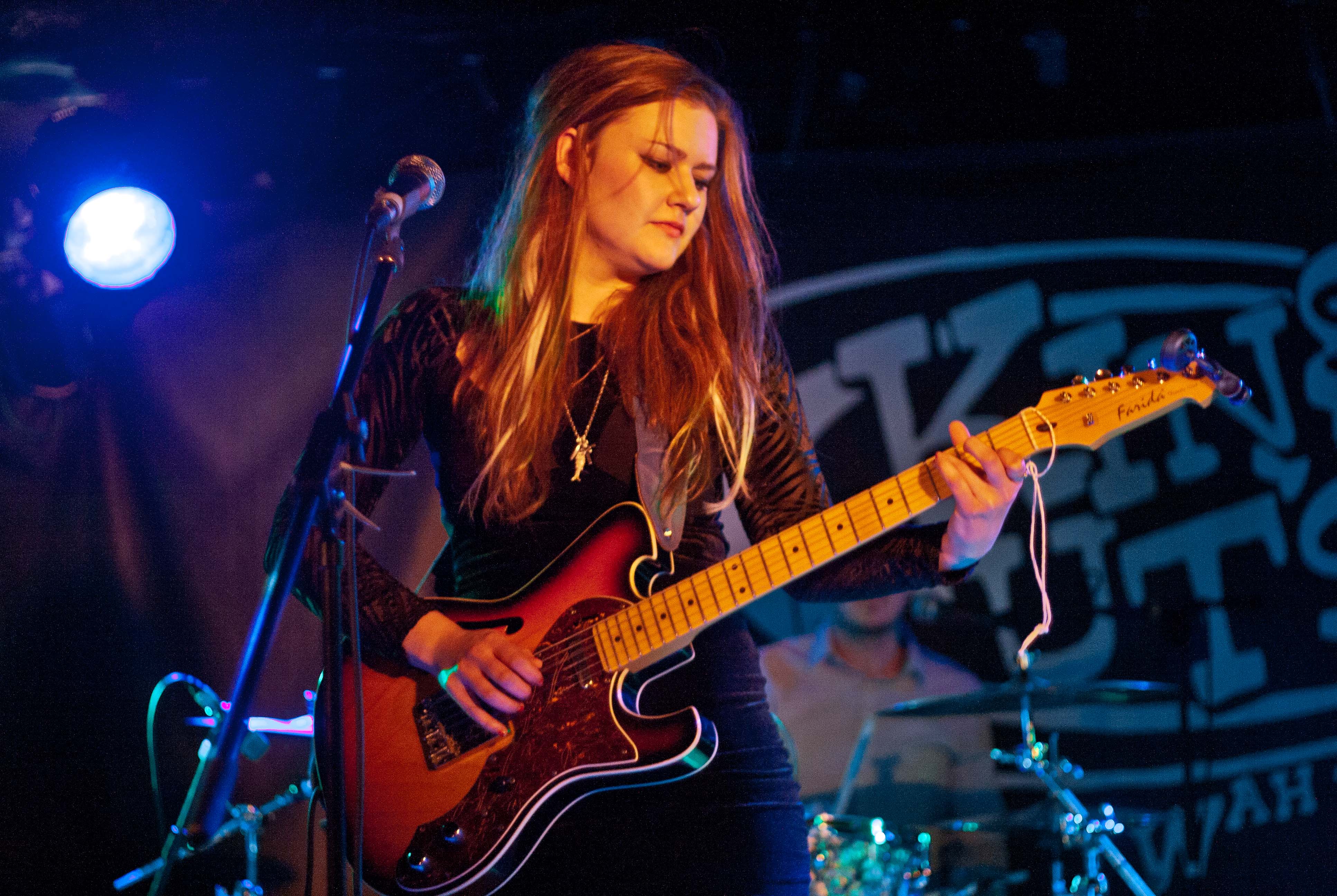 Returning to Glasgow with a new stripped down line up, The Gillyflowers played an excellent set of country inspired rock and pop songs in Glasgow last night. Fronted by the immensely talented Kirsten Adamson, daughter of Stuart of The Skids and Big Country fame, the four piece from Edinburgh were lively and entertaining throughout.
Opening act Band Vandal kicked off with some solo acoustic songs, their lead singer showing a strong voice over good guitar work. Playing a tambourine on a box with his foot added a percussion element to some dramatic and passionate tracks. Two additional musicians arrived on double bass and saxophone for the last few songs giving a fuller sound and it worked well.

Parker were making their gig debut. The young five piece rock band made good use of their opportunity – not too many can say they started out at such an august venue. Their lead singer has a strong and melodic voice and the addition of some excellent vocal harmonies from other band members gave a sixties feel to I’ve Got You. The two guitarists played well off each other and Make Our Way ended a good debut with a more rocking song. Parker are definitely a band to watch out for.

The house lights dimmed and The Gillyflowers took to the stage. Long time member Phil Hopwood on guitar together with bassist Lorna Thomas and drummer Adam Bond Thomson started things off slowly – and then Kirsten Adamson burst onto the stage. She picked up her guitar and began to play, standing at the centre mic and commanding the audience’s attention from the off.

The opening songs Hold Me Down and My Boy were delivered with passion and flair, the poppy hooks and strong, expressive vocals combining to give a soft rock feel with just a hint of a country edge. The slower Rich Girl was quite beautiful while Queen Of Hearts moved into overtly country territory with its fine guitar opening and tender vocals.

Kirsten Adamson has great presence and seems to love the stage, playing with a smile on her face most of the time. The reduced sized band appears to have given both a tighter backing and more space for Adamson’s terrific vocal range to shine. Relaxed and confident, her interaction with the audience was at times humorous, and she used her occasional Nashville twang to good effect.
No Dancing, the lead track from the band’s self-released EP, was a clear crowd favourite, with many, rather ironically, dancing along. The passionate Daniel was lovely before the crowd were urged forward towards the stage and the country rock style Hollow, which featured band intros, raised the tempo again.

Cold Mountain Blues was perhaps the highlight of a strong thirteen song set. For this lovely slow and emotional song Adamson let her voice soar exquisitely, showing that she has power as well as great range, and she hit all the high notes with apparent ease. The fast paced Stitches and closing EP track Living Off Love – apparently now renamed Red Jacket – ended the night in style. Unfortunately there was to be no encore.

This new incarnation of The Gillyflowers is working well as a showcase for Kirsten Adamson’s undoubted talents. With a growing repertoire of fine songs and a good live sound they could be on the verge of hitting the big time. I hear that a debut album could be coming soon – that will be one to look forward to.