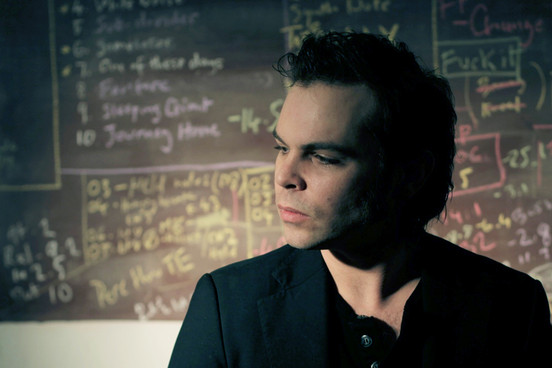 Our roving reporter Hayley Forrester caught up with ex Supergrass man Gaz Coombes to talk about his new album and UK tour which started earlier this week.

Hi Gaz, how’s it going?
It’s going really well! I’ve just been busy rehearsing getting ready for the tour which starts on Tuesday. I’m excited to get out on the road!

I had no intention of starting a solo career but I love writing music.

So, since Supergrass split in 2011, you’ve not really stopped. Tell us a little bit about what you’ve been getting up to.
Well, I pretty much planned to take a few weeks or months to myself to hang out with my kids and not think about music but i just couldn’t resist! I kept going into the studio and the before I knew it I had 4 songs written and recorded. I really liked the sound of them so I just pushed through. I had no intention of starting a solo career but I love writing music.

How does it being on your own compare? Are you not lonely?
No, not really! I started with a few performances on my own but then I got a few people on stage to translate help translate the record in the best way possible. I’m lucky to have some good friends who are great players – I like to think I have the cream of Oxford musicians. So, I’m not lonely. Sometimes when i’m onstage I turn around and expect to see Danny Goffey on drums but it’s a two second transition.

Check out the tour trailer here:

After listening to Here Comes the Bombs I kinda thought, you’re still Gaz, but just wiser – do you feel like you’ve been building up to the music you’re making now?
I hope not! I would love to carry on with music after this album. I was just interested to see what my own voice was after 18 years in band. In Supergrass we shared the writing, shared the load, so it is exciting to see what I can achieve on my own. I enjoy expressing myself and want the record to be honest and true – I still feel full of energy.

You’re about to go on tour. Who’s touring with you?
A band called Spring Offensive. I’ve known them for a few years and they’ve recorded in my studio. I’ve played with them before and I really like their sound and the way that they perform. It’s great to be able to go and watch a great band play when you’re on tour. We’re also touring with All We Are. My bassist put me on to them. They have some really interesting music videos!

Your video for Break the Silence is great. Are music videos important?
Videos and visuals are important. They help to cement the lyrics and bring more out of a song. When visuals are done right they work really well. They are a bit of a passion of mine.

Now that, in my opinion, British music has become manufactured, do you feel proud to be part of the Brit Pop Allumni?
I’m very proud to have been part of a great band for many years but I’m happy to put out my own record with a stong musical direction. It’s a strange time in music but this generation still loves real, creative music, like rock and roll. But, yeah, great to have been a part of Supergrass.