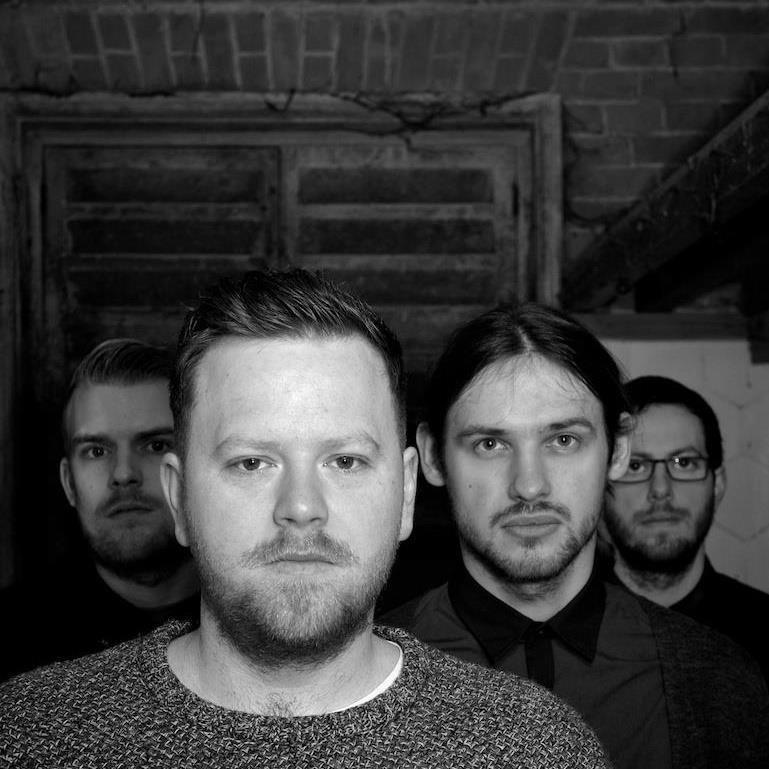 Glasswerk Podcast presenter Fish caught up recently with Daniel Hopkinson of indie/alternative pop quartet Light Parades to find out more about the new hopefuls who formed in late 2011. Floating between their two bases, in London and Norwich, the band began rehearsing new songs which which led to the recording of their debut album, Through All Times, which was released on the 25th March 2013 on the band’s own record label – Rainbow Box Music.

Some of you were in the band ‘Into Flight’, has your approach to your music changed compared to then? Is there a difference creatively?

I haven’t really thought about it before, but yes it definitely has. The approach to the writing process for Into Flight was always based on making pretty yet complex sounding music, and I think we did it well. The approach to writing Light Parades songs is different because it is purely about the song, and although they may not sound as complex, the arrangements are. I think we’ve learned that what you leave out of a song is possibly more important than what goes in.. to a certain extent. Less is more!

Did you intentionally change genres or is it something that came naturally?

Well, we kind of split in around late 2008 i think, and between then and 2011 when we finally thought about starting again we had lost a member, and by the time we’d written our first 2 songs we realised that the songs were completely different. So it was a natural progression and change, but this is the kind of music that i’ve always wanted to play.

Have you noticed any changes in the music industry since your break?

Just really the importance of Facebook, and how it’s making the music scene much easier for bands to break into and/or get noticed – if they get their strategies right. If they don’t, then it swallows them. It really is by far the most important tool now, whereas Into Flight were together in the Myspace days…

You chose to make a record first before touring? What lead to that decision? Was there an element of already having a fan base from ‘Into Flight’?

The main reason we went straight into recording the album was because we really didn’t have any expectations for it, we just love being in the studio. It was only really after we had recorded the first 4 songs that we thought ‘this record might be alright!’. There was no real fan base from Into Flight, but the fact that Into Flight were together for 5 years and never recorded an album, just 3 EP’s, was also a major factor. We just didn’t want to waste time.

The Recording process took place over a year? Was there a particular reason it took that long?

We weren’t actually in the studio for a year (we can’t afford that!), but we went in 4 times, each for a week – because we were writing the record as we went along. So we recorded for a total of a month, spaced over around 8 months, and then the following 4 months was taken up with us listening to rough mixes, and then finally mixing and mastering.

In terms of writing you’ve mentioned ‘Through All Times’ it’s a very personal project, how much of yourself is in your writing? Do you find it easy to write about personal experience?

I think all of the songs are about experiences that I’ve had in the last few years, so yes a lot of myself is in the writing. I think it must be easier to write about personal experience, for me anyway – but it was never something I intended to do, it just happened that way.

What was it like working with Producer Nick Brine?

We’ve known Nick for years now. I used to work with him at Leeders Farm Studio, which is shut down now. I was his assistant engineer for 2 years when i was 19. We all get on really well, and he’s a top engineer/producer.

You work between Norwich and London; do you think it’s an advantage being present in two scenes?

I think it is a good thing, it works well for us anyway – the only downside is the drive to band practice…

You have your own label Rainbow Box Music, how/why did that come about?

We basically just decided from the start that we wanted to release this record ourselves, and then for our next record we can think about getting it released by another label, it would definitely be easier!

You’re just setting off on tour with two album release shows, are you excited about being on tour? What’s your favourite thing about touring?

I guess it’s just being able to go where you wouldn’t usually go, and getting away from real life for a while. This one is exciting, but we’re planning a big tour in September, UK and Europe, that one will be great.

What Bands are getting you excited at the moment?

Everything Everything, Frightened Rabbit, Bon Iver, The Maccabees, Local Natives, Boxer Rebellion… There are loads, it’s a great time for music right now.