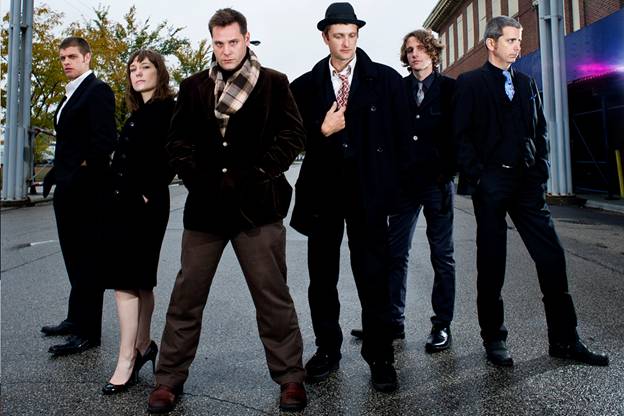 Five Minutes With: The Tossers

Glasswerk recently caught up with Mike Pawula of Chicago Irish-folk punks The Tossers to find out more about their new album, talk about their twenty year career and what the future might hold for the pioneering punks.

Wow – 20 years – what’s been your career highlight?
Lasting 20 years, having the opportunity to put out records, making friends with bands that we respect, seeing a good part of the world. All highlights.

How have you changed as a band since you began?
We address things among us in a more adult manner. Our conflicts are fewer which has made working together easier and easier every year we work together.

Managing social media is the modern day equivalent of putting up fliers.

Have the changes in the music industry impacted the band at all?
Sure, I think that they have affected everyone in the industry. I think the changes are good and bad for everyone so I am all for it. I also like the fact that the record companies have no idea what will happen next and that they have lost some of the control over music.

What do you think about the digitalization of music?
It has been interesting. People who came out to shows 10 years ago were more apt to buy a record if they enjoyed the show, as added support for the bands and to have something physical to have. Now they experience music differently. Change is good though, as long as there are avenues to reach the audience.

How do you think Chicago has influenced your ‘Irishness’?
Irish is in the DNA of the city. It is part of the history and it is part of our families. The words Chicago and Irish go hand in hand when it comes to the Tossers. Emerald City is representative of that.

Do you find a different reaction to your music in Ireland to in America?
Not really. Irish crowds were really great to us. I think I was a little worried but we played shows and the audiences responded just like anywhere else. Playing Ireland was great!

Is there still a strong Irish cultural community in Chicago? Has in changed since you were growing up?
Sure. I am not sure that it has changed as much as we have. Many of us grew up in these big families where the traditions were set and understood. So, you join a band and start touring and you have somewhat fallen out of line with the traditions. It’s still there, and its kind enough to let us back in to visit from time to time.

Try not to waste time making mistakes everyone else has.

Have you found the sound of ‘Emerald City’ influenced by other styles of music or ideas?
There are six of us and at any time we can be listening to any number of types of music that can be informing our playing. From time to time we may even bring up specific bands whose feel we like for a song. So the answer is definitely yes.

Do you think that the challenges faced by young bands today are the same as when you were starting out?
No. Although, they’re also not different. Managing social media is the modern day equivalent of putting up fliers. It’s definitely easier to reach more people without having to tour.

Do you have any advice for new bands?
Meet bands that you like and learn what you can. Basically, learn as much about every aspect that you can. You may be doing this for 20 years, try not to waste time making mistakes everyone else has.

What’s the next 20 years going to be like for The Tossers?
A couple of years ago, maybe thinking of the Dubliners as a model, it dawned on us that we could continue to do this into our old age. Why not? Just give me a stool in 20 years.

The Tossers’ latest album The Emerald City is out now on Victory Records.