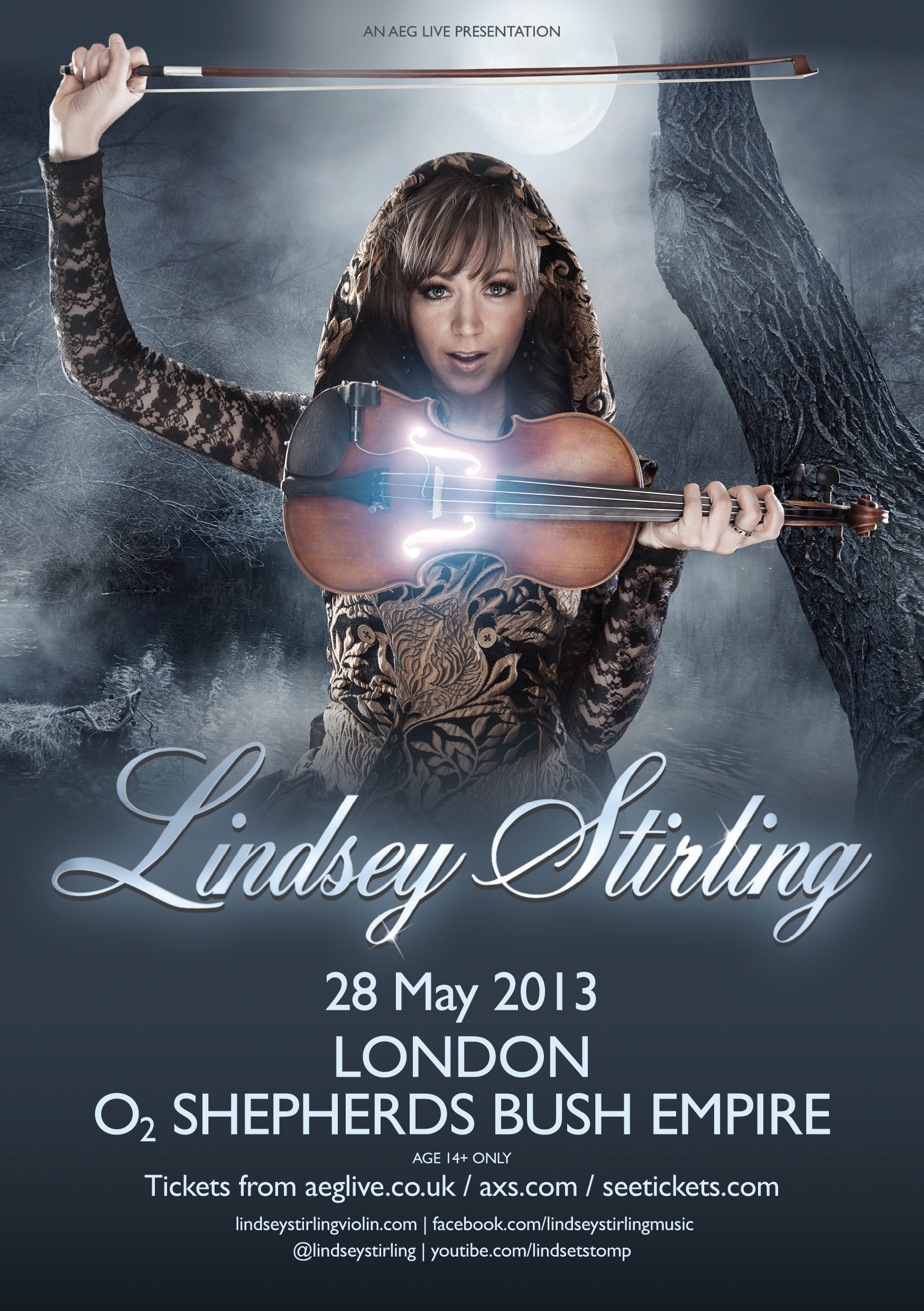 Win Tickets To See Lindsey Stirling In London May 28th

Viral sensation Lindsey Stirling is returning to the UK, after her last London show back in January sold out in less than a day. She’ll be bringing her very unique brand of classical violin meets Dub-Step, meets the sci-fi fantasy to the O2 Shepherd’s Bush Empire on Tuesday 28th May 2013 for her only UK show in the upcoming European tour.

Known as the Dub-Step Violinist, Lindsey Stirling has experienced a meteoric rise over the past couple of years, attracting over 2 million YouTube channel subscribers so far. One of her videos, Crystallize has notched up over 54 million views in just over a year and her total YouTube channel views to date are nearly 300 million, proving that everybody is keeping a close eye on her.

We’ve got a pair of tickets to give away for the gig, and all you have to do to be in with a chance of winning is follow us on Twitter and tag “I want to win a pair of tickets to Lindsey Stirling with @glasswerk” – winners be selected at random and contacted via Twitter.

“My musical style is a reflection of my personality,” Lindsey shares, “and through it I hope to share my belief that no one should be afraid to be themselves.” She adds “All my songs were created to depict specific themes that I pulled from my own life experiences. ‘Spontaneous Me’ is about having the courage to love yourself for who you are.”