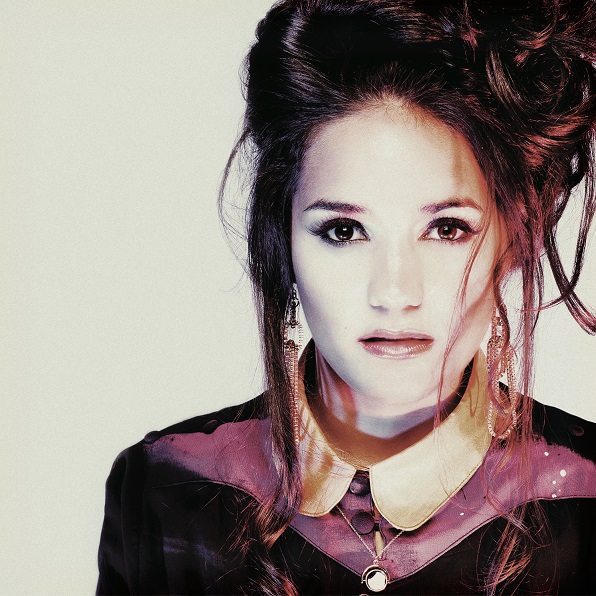 Glasswerk reporter Roisin Deady caught up with 26 year old singer songwriter Ria Ritchie with the release of her new EP ‘Wrong Side Of Paradise’. Having been spotted online by none other than Plan B, Ria has since gone on to record with the multi award winning artist as well as chart topping brotherly duo Disclosure. With over 10 million YouTube hits, Ria’s 5 track EP delivers a stunning collection of acoustic songs and a beautiful soulful voice to match. Here’s what she had to say:

Can you give us a bit of background as to how you got into the music business?

I started singing from the age of 12. When I was about 16/17 I wanted to start writing my own music, so I bought myself a guitar and started teaching myself how to play. Then I started learning covers of other people’s songs and put them up on YouTube. I wanted to gage if I was any good and just to get a few videos out there. Two years after that, I was spotted on YouTube by Plan B and he said he really liked my style. He saw one of my original songs which he really liked and he said he wanted to work with me. So a week later I went down to London and met him and his band and wrote four songs. So it all took off from there really.

And that’s when you wrote the song ‘Peculiar’ with him, which features on the EP?

Yes that’s one of the tracks we wrote together.

Must have been quite a surprise being spotted online by an artist such as Plan B!

Yeah it really was. At first, I didn’t know if it was a hoax or what. But it’s nice to have someone like him and with his talent interested in working with me.

Yes, currently unsigned. I released the EP independently on my own label. It was mainly for my YouTube fans because they loved the acoustic stuff, so I wanted to do an acoustic EP and give something back.

Looking at your online stats you’ve got 10 million YouTube views and 35K subscribers – Such a massive following.

Yes it’s really good to have that fanbase online.

Wrong Side Of Paradise serves as the follow up to ‘Only One’ – Did you approach this EP differently?

I’ve wanted to do this for a while now – just something stripped back and more me. There’s a writer called Dee Adam who I worked with and she really gets me. We wrote a lot in her studio so it was a bit of a no-brainer really and it just came together really well. So there are three tracks on the EP with Dee, an acoustic version of my first single ‘Only One’ and the other is ‘Peculiar’ with Plan B.

The title track ‘Wrong Side of Paradise’ is a beautiful acoustic number. Is it a personal song to you?

Yeah I wrote that with Dee. I spend a lot of time in London but I live in Suffolk still and it’s about being somewhere you like but basically saying there’s ‘No place like home’. So anyone can relate to it.

So who are the artists you’d love to collaborate with? Do you have a Wishlist?

Anyone or someone realistic? Haha Well, I’ve always wanted to do duet with Frank Ocean or Drake. They’re my dream artists. I’m hoping to get back into the studio with Plan B to write more stuff so that’s always a great one.

Is there one song that really stands out to you on the EP, or do you have a favourite song you like to perform live?

Emm.. I think my favourite is … That’s a hard one actually! My favourite is ‘Peculiar’ just because it has a deep meaning and when I perform it live and I can really go for it a bit. I also love ‘Cracks on the Walls’ cause it’s more of a slow soulful ballad and that’s the one that most people say to me is their favourite which is quite cool. And it gives me chance to showcase my voice a bit on that one.

So let’s talk about Disclosure. When I was asked to interview you, I was racking my brain trying to think how I knew that name, and then it clicked – ‘Control’. Their choice of female collaborators is always spot on with artists such as Aluna Francis, Jessie Ware and Sinead Harnett. How did this come about?

The guys who managed Disclosure, used to manage me but any more. When Disclosure and I were just starting out, it was a natural thing to do and they asked me if I fancied getting in the studio with Disclosure for the day? They played me a beat that they’ve wanted to use for ages. I think they wrote when they were quite young. They played it to me and I went away for a bit and we came back and wrote ‘Control’. It was so unexpected to do as well as it did. I didn’t know it was going to blow up like that.

It really shows how diverse your style is and that you can jump from some 2 step garage to your mellow acoustic guitar sessions. Do you think on your debut album you’ll showcase this diverse vocal range more or would you prefer to focus on one particular style?

I’d like to keep the raw instrumentation as a bass and then pair that with some edgy beats and make it a bit different – maybe more towards the Disclosure side. I think that’s what my album is going to be like.

You’ve supported great acts along the way such as Example and Wretch 32 – what’s been your most memorable performance to date?

It was actually when I supported Example and Wretch 32 in Norwich. It’s a venue everyone wants to play at (UEA) – the best venue in Norwich and I’ve always wanted to play it, so to do that is really cool. And also I played Sundown Festival last year to 20k people on the Main Stage, so that was an achievement as well. I’m playing Sundown again this year. The acts have gone up a step with acts like Jessie J headlining, Example again and Rita Ora and people like that, so that should be cool.

Any other upcoming performances we should keep an eye out for?

I’ve got a meeting with my booking agent soon so he’s going to give me some potential gigs. I’m just going to keep gigging in London and do some little acoustic nights. The next step for me really is working out my next move for the album. I’ve so many songs that I could use and it’s just about getting the right production and finding the right producer to do that for me.

Do you think it’s going to be a long process or do you have a potential due date in mind?

No date in mind yet. I might do another single at end of summer and then the album at the beginning of next year – realistically anyway.

As you mentioned before, you have an amazing fanbase online. Do you think it’s a good place to start out for any budding singer/songwriters?

Definitely, I’d recommend it to anyone. I put up that video not thinking anyone would see it and to think that Plan B could be watching you or anybody else. It’s free and it’s easy to do – Just me in my bedroom putting songs up. You also can gain a fanbase from it, so anyone who’s wanted to get their stuff out there, I’d recommend it to anyone. I wouldn’t be doing what I’m doing now if I didn’t put a video on YouTube.

So what kind of music are you listening to at the moment on your iPod?

I listen to a lot of old soul music growing up like Stevie Wonder, Marvin Gaye – the classic Motown. In terms of new music, I’ve been listening to Iggy Azalea, Paramore and Passenger – such a diverse range of music. I like to keep it fresh and listen to a bit of everything, depending on my mood.

Wrong Side Of Paradise is available from iTunes.

For more information you can visit: www.facebook.com/riaritchiemusic