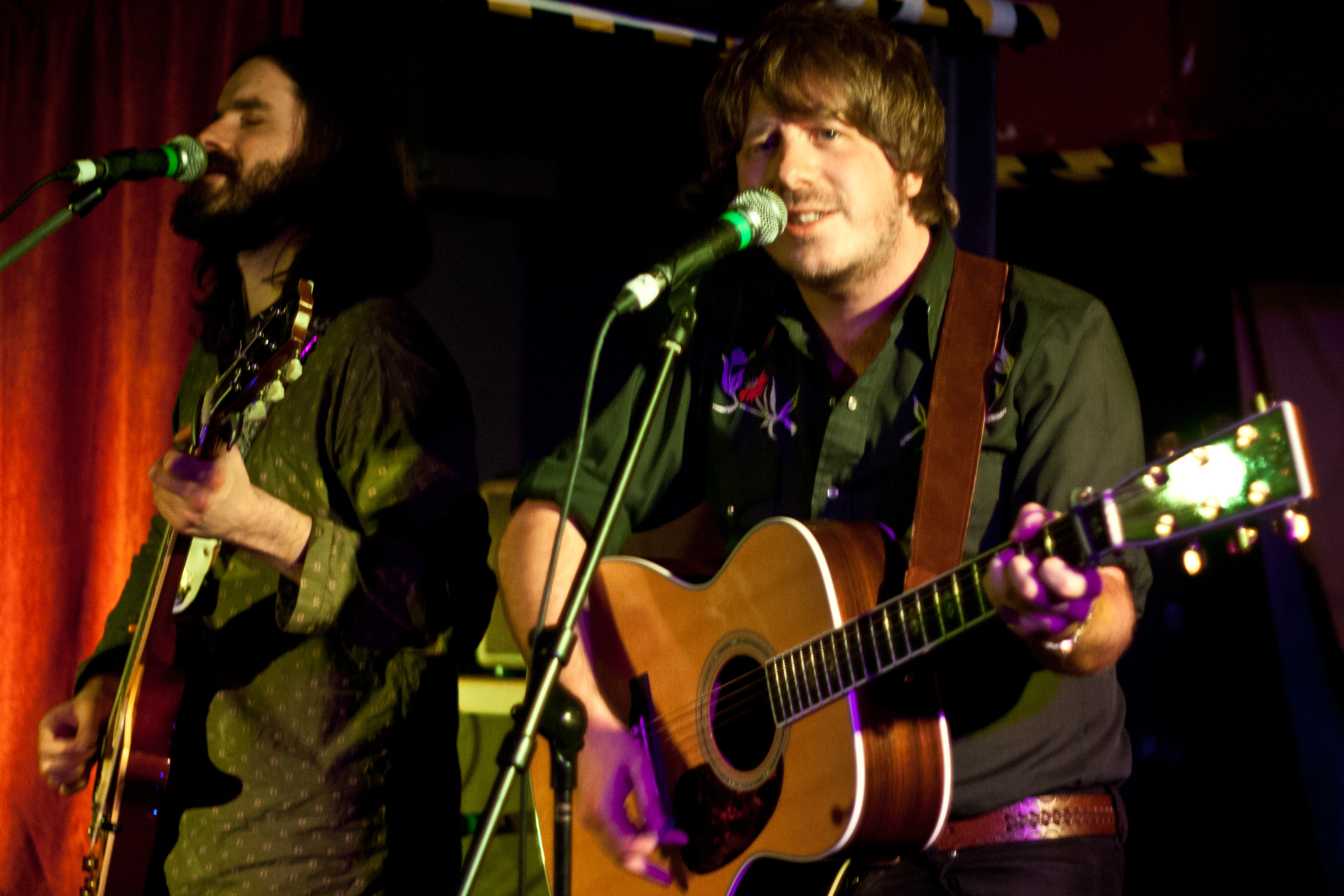 Support band Cub Scouts, all the way from Brisbane, opened the night with a short set of their gentle indie pop music. With two keyboards and three vocals the mix was a little muddled at times and the guitarist was very much under used. Told You So, the lead track from a recent EP, was perhaps the highlight, having a bit more life and bite than most of what was a rather similar sounding set.

Treetop Flyers started off with Houses Are Burning, one of the highlights from The Mountain Moves. The fast paced track got the crowd involved and Reid Morrision’s passionate vocals were spot on from the start. She’s Gotta Run followed in similar vein, the band’s lovely vocal harmonies standing out in the Americana sound.

The soulful Postcards brought the pace down, a softer track with a lovely doo-wop style chorus where bassist Mathew Starritt was prominent. Making Time, another slower track, featured lovely emotional vocals before the wistful Waiting On You, which was a real stand out.

Picking the pace up once again, the band launched into their current single Things Will Change, which has more of a rock beat and a big chorus with those fine vocal harmonies. This one is definitely radio friendly and has a real pop edge to what is a good song with a lovely melody.

The set comprised twelve songs in total – all eleven from the album plus one new track. Boat Song has a faster pace than much of the set and the guitars of Sam Beer and Laurie Sherman took it close to rock territory with some fine lead work. This was the one track that the audience would not have known, but it still got a very good reception.

It was all change for the beautiful Is It All Worth it. Morrison sang this one after passing the acoustic guitar to Beer and with no drums there was a lovely folk feel to it. Then it was back to the usual line up for Storm Will Pass, before the pace slowed once more with Rose Is in The Yard. Picture Show picked things up again, Tomer Danan’s drums driving this one forward, before the big finish of Haunted House. The stand out track from the album started slowly before building into a rock jam, with all of the band centre stage. It was a good finale to a fine set.

Treetop Flyers have a sound that mixes folk and rock elements into something very modern. Their fine vocal harmonies give a Californian air to their music and the excellent lead guitar work throughout adds much to the sound. This was a very good set from a band at the start of what promises to be a notable career.