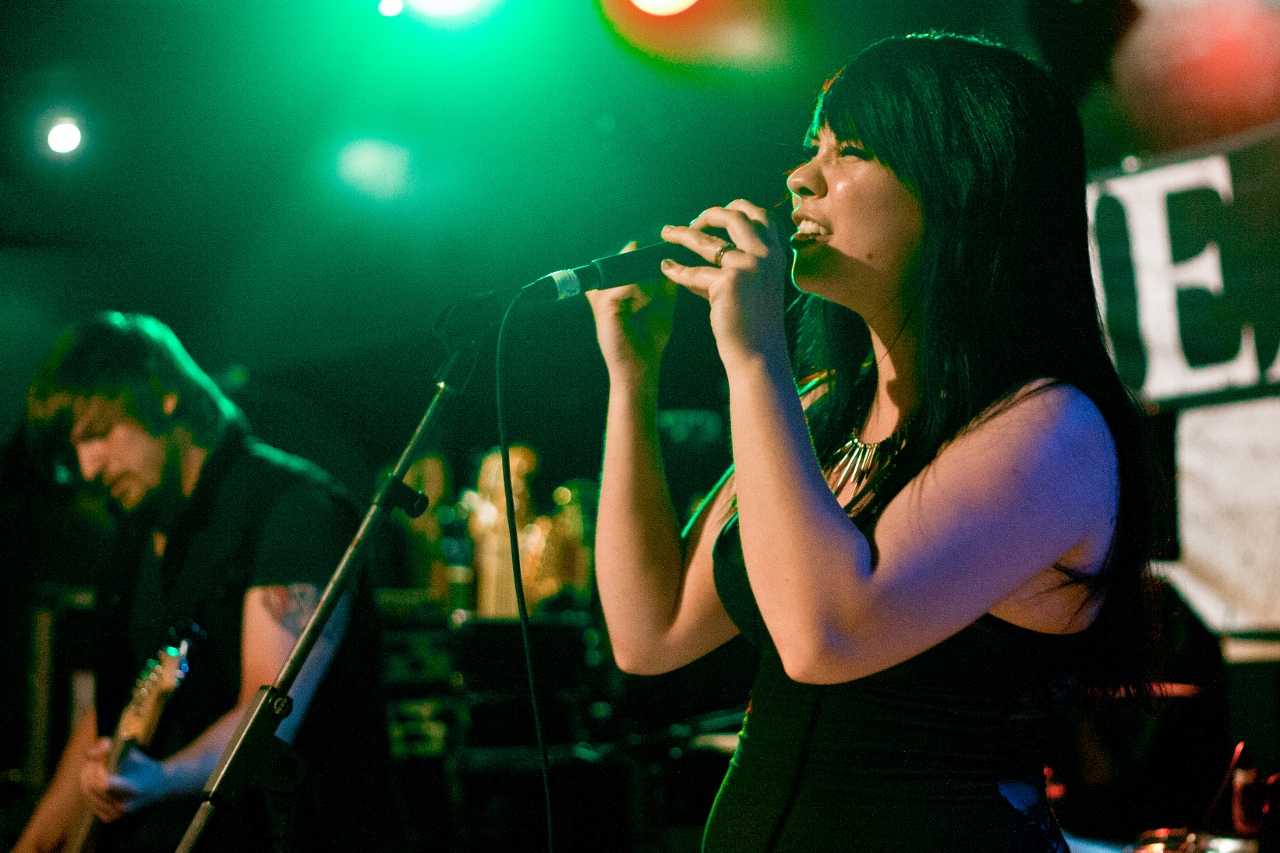 Young rockers Skarlett Riot played a blistering short set in support of Heaven’s Basement in Glasgow last night. The quartet from Lincolnshire were on top form as they played hard and fast, their big riffs and potent melodies going down very well with a large crowd.

An early start to this Sunday evening gig meant that Skarlett Riot took to the stage not much after 7pm. With the audience still filtering into the venue, which was sauna like on a rare hot day in Glasgow, the band launched into Faded Memory from their fine debut release Tear Me Down. From the off it was clear that they were playing as if their lives depended on it, determined to give their all. And the audience response was immediate as they pushed towards the front of the stage.

Adrenaline followed, the massive riffs from guitarist Danny building on Tom’s strong bass line and Luke’s potent drumming. Lead singer Skarlett stood centre stage, her voice strong and true as she demanded more from the audience. For one so young, Skarlett has a great stage presence and displays all of the swagger and confidence necessary to front a rock band.

A new track, Feel It In My Bones was next, the first time it had been played live and it rocked hard. Then it was back to the album for Villain, a great classic rock track that saw Skarlett, Danny and Tom all rocking out at the very front of the small stage. A passionate What We’ve Become kept the crowd rocking, the repeated cries of “we are broken” delivered with real feeling.

All too soon it was time for the final track. Rock N Roll Queen was the prefect closer, the crowd joining in on Skarlett’s command. Support bands who try to conduct sing-alongs can sometimes come unstuck, but by this point the audience was so fired up that the response was immediate and very loud. It was a great ending to a very fine set.

Skarlett Riot showed in half an hour or so that they are a band with a big future. It’s not easy playing early evening support slots, but their dynamism and big hard rock sound won over the crowd very early on. And the massive applause when they left the stage showed that they had made a very good impression on this Glasgow audience.