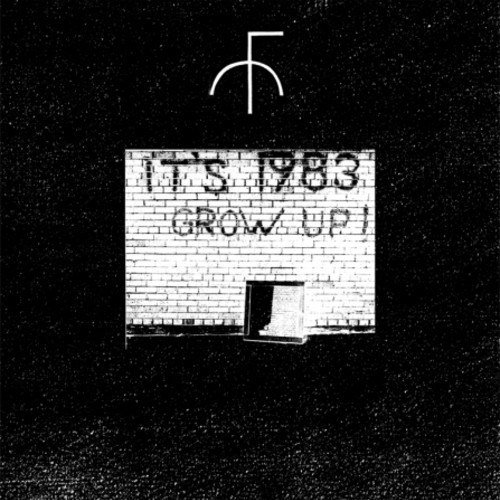 It’s 1983, Grow Up is the second full length album from Canadian punks Fist City, due for UK release on 8 July 2013 on Black Tent Press. With its fast paced songs, great guitar hooks and chant along choruses, it is full of energy and drive. And there is some variety too, with psychedelic moments mixed in alongside the punk sounds. It’s mainly dirty guitar rock, but there are sweeter parts in there too.

Hunting You, the band’s 2010 debut album seems a long time ago – but much has happened in between records. Guitarist Evan Van Reekum fell out of a fourth story window, managing somehow not to break any bones but unable to walk and needing a lengthy stay in rehab. And lead singer Kier Griffith has had gender reassignment surgery, now fronting the band as a male.

Wet Freaks is just a little slower, the vocals a little more reflective but still with a rhythmic chant that is almost anthemic. And the surf guitar sound of Endless Summer is different again. It’s the exact opposite of those sickly pop songs that seem to come out every time the sun shines. The vocals are thin and high, and there is a dystopian feel to what is probably the standout track of the album.

Blow slows things right down with a psychedelic opening unlike anything else on the album. But it’s just a brief breather before the pace picks up once more. Spit and Guts, two more short tracks with to the point titles, hurtle ever faster forward before Burn Burn Burn Burn explodes with infectious energy. Never Bored brings the album to a close with one last big chorus and a final breathless burst of reverb heavy guitar.

Fist City may have taken their name from a Loretta Lynn song, but this gritty and exciting album certainly isn’t country music. The twelve tracks add up to just 27 minutes of music so there is no filler, just short and frantic songs. And it works well for a band that has managed to capture a live energy very well in a studio setting.