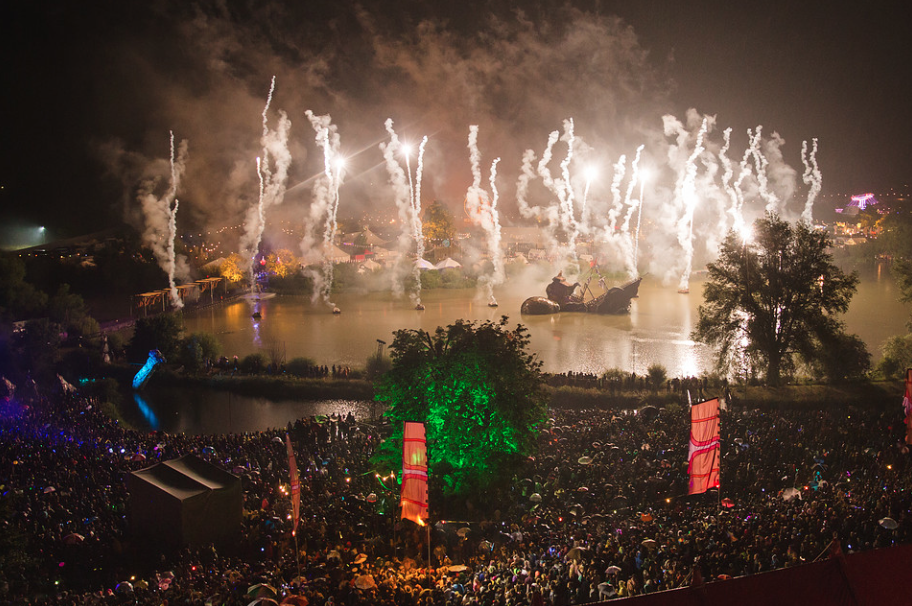 As a SGP virgin, instead of your regular review, we at Glasswerk decided that as well as the traditional re-cap and rating of the artists and experience we would give you a run down in the form of a Dos and Don’ts guide.

1. DO EXPLORE AND TAKE IN THE WHOLE EXPERIENCE. Secret Garden Party is a small festival in comparison to the likes of Glastonbury and Latitude, however, there is something hidden in every nook and cranny. From the 3 campsites and bars with dance floors, from the exorcism tent to the waterslides in ever changing locations. From the Labyrinth and Artful Badger, to the expanding mirrors and Hurly Burly Café. If you blink you could miss it, but soak up the atmosphere and excitement that everyone else is so willing to share with you too

2. DON’T THINK IT’S ALL ABOUT THE MUSIC. SGP is 80% about the experience you’re having, notably on whatever substances can get passed the strict security guards, and 20% about the music and entertainment. Don’t come to this festival if you’re intent on losing yourself to the music surrounded by big crowds, the crowds come out to the bands later on in the evening…and then don’t stop until the early hours.

3. DO LISTEN TO ALL THE RUMOURS. So they may have been wrong about Mystery Jets on the main stage, but if you listen hard enough, you’ll hear some of the best announcements. You could end up seeing Chase & Status in The Drop; Simian Mobile Disco at the Pagoda; Sister Bliss from Faithless surprise DJ set in the Artful Badger, and the highlight? A gurning 9/10 performance from the Soulwax brothers as 2ManyDJs with Sir Jarvis Cocker himself in a bar.

4. DON’T MISS OUT ON THE BIG EVENTS. The extravagance of the festival is hard to miss – mechanical moving mirrors to emphasis distortion with this years theme of superstition. A great big ‘shipwreck’ of a pirate ship in the middle of the lake, which was then burnt after ceremonious orchestrated choreographed bang-a-long fireworks on Saturday night. David Icke telling the crowd that reality didn’t exists and we’re all just holograms and our own illusion. The paint fight – virgins v. veterans of SGP take on each other on Sunday afternoon in an explosive mass of paint powder and mud and water that creates a brilliant spectacle.

5. DO GET INVOLVED. As aforementioned, the theme of 2013 was Superstition which meant that when costume evening came around on Saturday, there was an awesome collection of the best and most creative costume ideas, many a little offensive to those that believe in those things anyway. Make sure you bring something, even, as if in my case, it’s a flamboyant shirt and mask rather than full-blown disco ball outfit for a broken mirror! Get involved in the dressing up, get involved in the dancing. Everywhere. Get involved in the cheer and excitement and the smaller events. Pig racing, Hurly Burly dancers, exorcisms, witches, fortune telling, naked mud wrestling and hula-hooping to name but a few.

6. DON’T SWIM IN THE LAKE. Having the best part of the British summer weather (except for Saturday night), all weekend, meant that it was hot. Very hot. And what would be more inviting than a dip in the new swimming lake, or a trip to the art installation by boat in the centre of the lake? Well, looks could be deceiving. There were many SGP punters that loved their time in there, alas their camp mates and friends they were with after were not so fond of the smell. A man-made lake, with no fresh water? Mmmmmmm, not so fresh. I guess, it would be fine if there were more available showers around to wash off the smell of stagnation and other people’s excretion!

7. DO TALK TO EVERYONE. No matter how mashed that stark naked man in the orange swimming hat that is trying to get your attention seems, it dawned on team GW that everyone was very friendly. Everyone was inviting, and intimate and well…depending on what cabaret you went to quite hedonistic. But it is a happy festival. Surprisingly clean seeing as it seems less green than some of the other festivals in terms of specific recycling factors. Don’t forget – if you stay in your shell and keep yourself to yourself you may miss out on the gossip you most wanted to hear to lead you to the secret act you wanted to see…

8. DON’T BE AFRAID. Of anything. Naked trampolining, falling in the lakes, mud, loud music of a genre you’re unsure of, weird coloured drinks, people with no clothes on…

9. DO STAY UP AS LATE AS YOU CAN. We at Glasswerk are under no circumstances advocating anything illegal here, but as festivals go, this is the most late night worthy of them all. With events, activities and discos going on until 6am mostly, and then beginning again at 9am in some cases – it is rare there is never anything to do. If you are truly nocturnal or an insomniac then this festival is the perfect place. Sort out your sleep pattern before you get there as this sure is the one where the best things happen once the sun has gone down.

10. DON’T MISS OUT NEXT YEAR. With earlybird tickets on-sale now, you have no excuse to miss out on next years Secret Garden Party extravaganza.