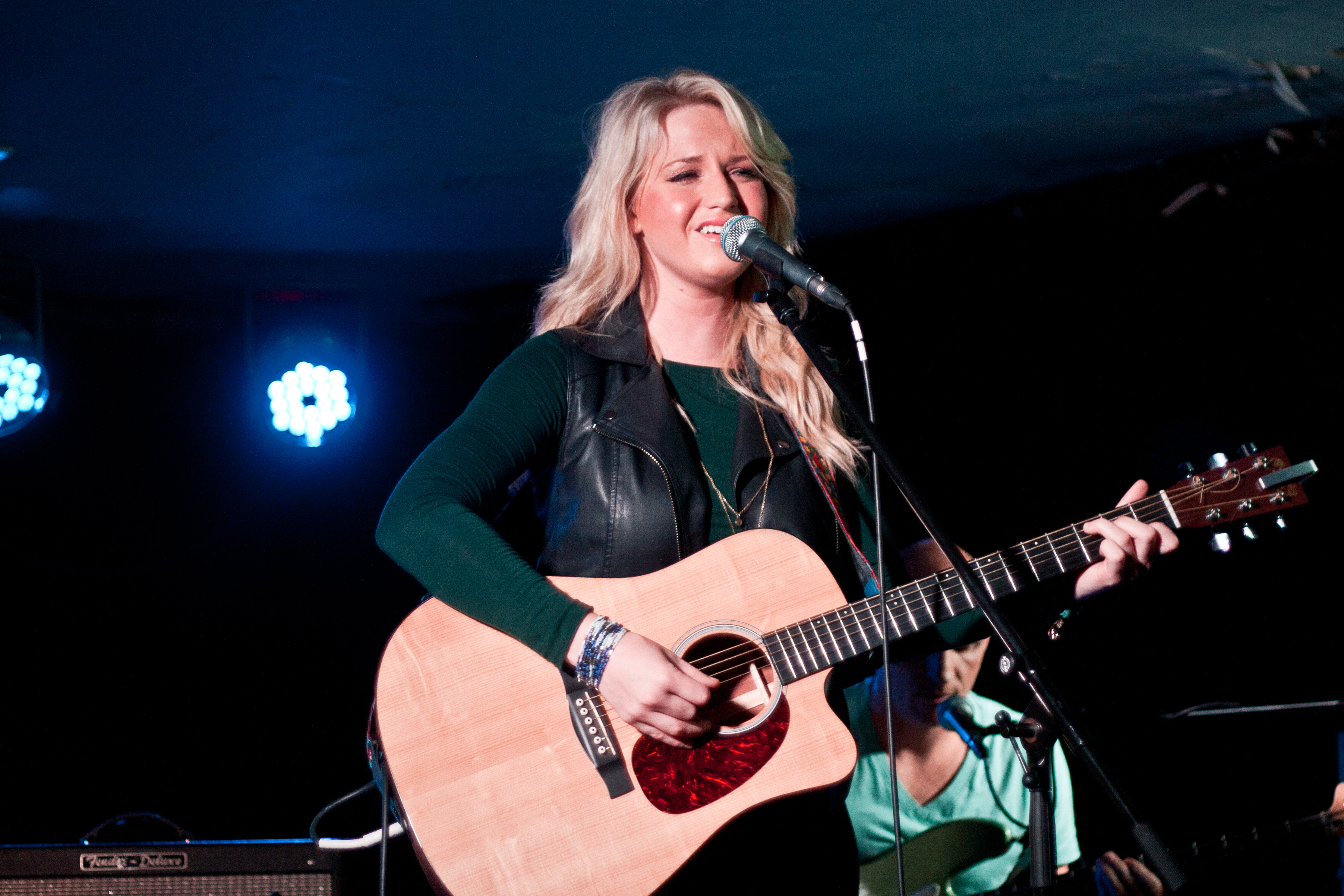 The Glasgow date of Kerri Watt and Kat Healy’s current joint tour of Scotland doubled up as a Fake Frown Records acoustic session, with support coming from Erin Todd and Siobhan Wilson. The combination of a small, dark room with an appreciative audience and four excellent acts made this a fine showcase for these talented Scottish female singer songwriters.

Erin Todd got the night moving with a passionate set, playing songs from her Perspective EP as well as some newer material. The opening Can’t Have It All was played with a loop pedal adding her own voice as a harmony as well as a guitar part. It worked well, creating a haunting effect. The slow and sultry Waterfall from her EP was the standout, a stylish song delivered in a strong emotional vocal. And the closing See Me was slightly faster, allowing Todd to display a good vocal range. It was an accomplished set from a confident performer.

Kat Healy was up next, mixing solo tracks while playing acoustic guitar with others backed by guitarist Graham MacLeod. Healy’s voice has a lovely folk tone but can also portray emotions well, and there are deft touches of humour in her songwriting. Several songs from her album Be Still Gentle Kind stood out in a very good set. I Would Like To, a slower take of opportunity lost and closing track The Haunting, a beautiful and heartfelt song about grieving, were the pick.

Healy also played some newer songs from a forthcoming acoustic EP. Not Heroes was especially good, a slightly higher vocal here displaying the emotions of the song very strongly. Kat Healy has a good stage presence and her use of humour alongside her emotional songs provides an entertaining contrast.

Siobhan Wilson started her set with a song on electric guitar, an atmospheric cover of Lau’s Ghosts. Her slow delivery and high vocals worked well on the track, a lovely and powerful interpretation. After some sound problems were discovered to be water dripping onto her amp, Wilson quickly (and sensibly) decided to switch to acoustic guitar.

The new track True, a delicate folk song, and an older one, All Dressed Up, the humorous tale of a would-be seductress, were both very nicely delivered. Her final song, Believe In Everything was slow and emotional, the delicate vocals rising in fine style. It was very good set from an artist whose voice combines folk and classical influences to great effect.

Kerri Watt was the star of the show, her strong and soulful voice displaying a country edge, backed by Lloyd on electric guitar and Alan on bass. Watt has spent a lot of time playing in Los Angeles and her lovely song California Heart shows the West coast pop influence on her work. The slower Won’t Back Down had more of a country air, the tender vocals dripping with emotion. It only needed a touch of pedal steel to complete the Nashville sound. The soulful love song Infatuation, a tender tale of falling for an older man, was also beautifully delivered.

Watt then played two cover songs from artists who have inspired her: a jaunty and fast paced Queen Of California (John Mayer) and the slower No Man’s Land (Beverly Knight), which was stirring and well delivered in emotive style. The final track was her own song Maybe, the story of a woman getting over heartbreak and it was sung with real passion as Watt provided a suitably strong finish to the evening. This was the first time I’ve seen Kerri Watt play live and I was impressed by her both her powerful vocals and the melodic edge that allows her to show so much emotion in her delivery.

So four good performances and over two hours of beautiful music. This was a very entertaining evening and all of the performers played their part in making it such a success. It wasn’t exactly girl power, but this show certainly reminded me how many talented female performers there are in Scotland.