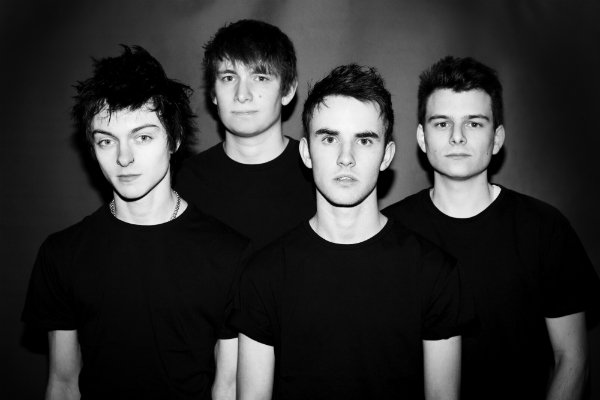 “Whereas typically we focus on politics and social issues, this is actually a very personal track on the new record, where I found myself taking a role of a messenger between two people who are close to me, and how the communication was putting strain amongst our relationship to a point where I thought nothing could repair and rebuild.

“When it came to picking a single for this EP we all felt strongly that this song needed to released and to set a tone musically for the forthcoming release. The idea for the video was to reflect an image of a broken home, where the neutral party was concealed with confusion and frustration. “

Drones are a politically-charged punk/hardcore four-piece hailing from Camberley in Surrey. Since the release of their debut album ‘Mutiny’, Drones have been on the road spreading their music and message. Now they’re set to unleash new recording ‘Free Marked Kid’ on the world. It’s six tracks of thoughtful riff-fuelled fury which will in turn make the listener think, as well as pump their fists in the air and sing along heartily. The first track to be unveiled from the EP ‘Empty Words’ has been released on the free compilation ‘Skatepunk for South Bank’, alongside the likes of Frank Turner, Your Demise and Marmozets.