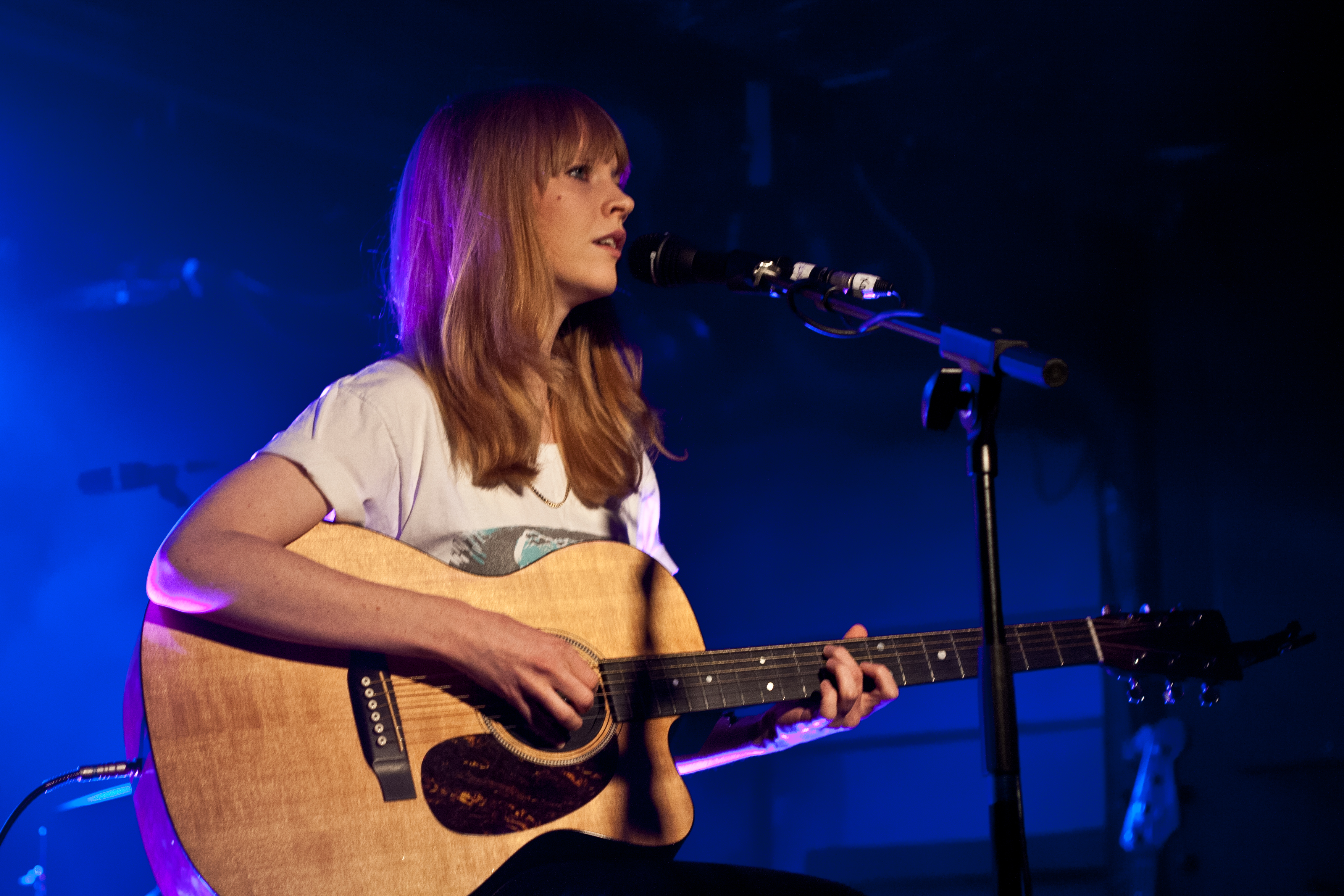 A large crowd welcomed singer songwriter Lucy Rose to Glasgow last night, and her fine set was rewarded with an amazing audience response. Rose seemed to be visibly moved, especially when a chant of “We love you, Lucy” rang out around a packed room.

The night started early, with opening act Eilidh Hadden on stage just after 7pm. But there was already a decent crowd to see a short set of acoustic songs that were well delivered. Young Eilidh has a soft and melodic style, shown well on Birds And Planes, a song written for a friend.

Acoustic duo Peter And Kerry (Peter Lyons & Kerry Leatham) play soft and folky songs that are lyrically complex and feature great harmony vocals. Their set was well received and the emotional Broken Women stood out. The now large audience even let them off with a moment when a Chris Isaak cover went badly wrong. It was an impressive performance in the main.

After a short time to set up the stage, the house lights dimmed and Pink Floyd blared from the PA. Lucy Rose walked on to tremendous applause and took her place on a stool perched atop a raised platform. She plugged in her guitar and began to sing Gamble– and had the audience in raptures for the next hour or so.

Rose was joined by a backing band who added considerably to the music, but it was always clear who the star of the show was. Her vocals were crystal clear all night long, on both the softer songs and some new tracks that had much more of an edge to them. The soft Place was perfectly delivered as Rose’s vocals ranged into the higher registers, while the playful Middle Of The Bed had the crowd singing along.

There was not much chat between songs, meaning that fifteen tracks were played in an hour or so. During All I’ve Got, Rose had her bass player sing his lines in German, just for fun it seemed. Peter and Kerry came back on stage to add their lush harmonies to First. And the closing Bikes saw the crowd screaming out when the lyrics called for it.

As well as tracks from her debut album Like I Used To, Rose also played new material that went down very well. She was backed by an electric double bass on several of these, giving a very atmospheric feel, and on a couple the slide guitar sound and a faster tempo took the tone closer to rock.

An encore was demanded and the band were soon back on stage to play a three song encore. The highlight was new single Shiver, delivered in highly emotional style. Rose praised the crowd reaction, and her heartfelt thanks went well beyond the routine remarks that you expect from a performer. Indeed she seemed to be almost overwhelmed and close to tears as started the final song of the night. But she didn’t miss a single note.

Lucy Rose is a fine performer and this show demonstrated that she has much more still to give. Many of her songs seem relatively simple, but she has a way of giving so much of herself that the performance becomes bigger and more emotional. And the new tracks she played demonstrate a bright future ahead for young Ms Rose.