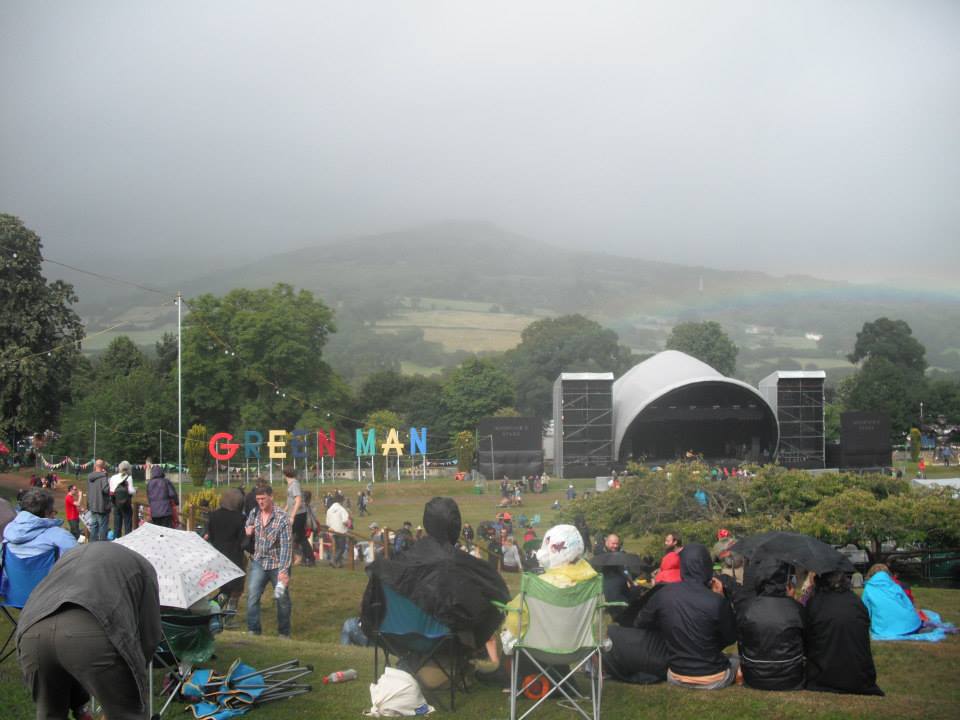 Green Man Festival in Wales is the festival that is growing in stature as well as capturing attention for its ethics. The only negative about Green Man is that it signifies that Britain is nearing the end of Festival season.

This year the weather was not so great, the leak in our tent was wet and the lack of preparation on our part were the only let downs, following are 10 of our Greenest Green Man 2013 highlights.

1. The atmosphere. Green Man is the perfect festival, friendly faces, no crime, everyone happy and excited and the staff from both festival organization and vendors was amazing. This is not a festival you go to if you want to be sleeping in a strangers tent and listening to d’n’b until 11am the next day. A huge thanks and congratulations to Green Man for making it so wonderful.

2.The GREEN in Green man. The site was magical, small but not too small, and so so clean. There was no litter – anywhere!

3.The toilets. The toilets and portaloos at Green Man were the cleanest portaloos known to man. So much so that they deserved a highlight point to themselves, and no explanation needed!

4.Challiwallahs Tent. Don’t let the above description let you think that this is not a festival to party at, quite the opposite! Go down to Challiwallah’s and you will find music to dance your legs off until dawn!

5.The Mac ‘N’ Cheese stall. I’m not foodie but the food at the festival was great, and in addition this place gave you the chance to work off your hangover with a ‘Kanye Western’. Perf!

6. The kids. The festival is super family friendly. Normally that would be a negative to my festival experience – as it changes the dynamics of the festivals. However this was not the case at GM. It just added to the festival feeling and was a great addition to the experience.

7. The Walled Garden. The perfect place for relaxing and getting over the night before, and for discovering new music; Annie Dressner was a real highlight. It was also great for meeting new friends and dancing until the sun came up to DJ acts such as Heavenly Jukebox.

8. The Rough Trade tent. The hipsters from London have their very own acoustic tent at GM and take you right back to the days when kids knew what cassettes were with intimate performances. Our favourite? The Stornaway acoustic set prior to their main stage performance. A real festival highlight.

9. Band of Horses closing number. They were a festival feature this year, and the whole set was spectacular, but funeral just turned the set into something else, it was truly beautiful.

10.The MAN in Green Man. Every year the festival ritual on the last night is to burn the Green Man, and this year it was no different. A really well thought out and emotional ceremony, this year the Green Man was burnt; after he had been filled throughout the weekend with people’s wishes and letters. Let’s hope ours comes true!

There were other highlights of the weekend, including personal favourites Local Natives, Melody’s Echo Chamber, Isy Suttie’s comedy set and the numerous talks that went on throughout the weekend (the most interesting was about the demise of 90s girl band Knicky).