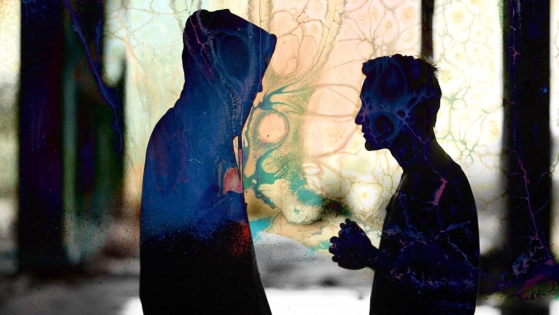 You might remember Shigeto‘s darkly atmospheric beats from our introducing piece a while ago. Well now he’s back with the video for latest single Detroit Part 1.

After recently releasing album ‘No Better Time Than Now’ through Ghostly International, Shigeto, aka Zachary Saginaw, has unveiled the mesmerizing new video directed by Rafe Scobery-Thal of The Mandus Films collective.

Speaking about the video, Shigeto states “We wanted to make a video for ‘Detroit Part 1’ that wasn’t a “Detroit” video if you get me. We didn’t want your run of the mill, driving around in a Ford past the train station, Coney Island, showing all the ruin porn etc. We wanted to convey how ‘Detroit Part 1’ was about my life in Detroit and the experiences I have had in the time I’ve been here. Rafe and I came up with the idea to bring the audience into a very psychedelic dream of mine, loosely representing what had happened in the last year for me.“