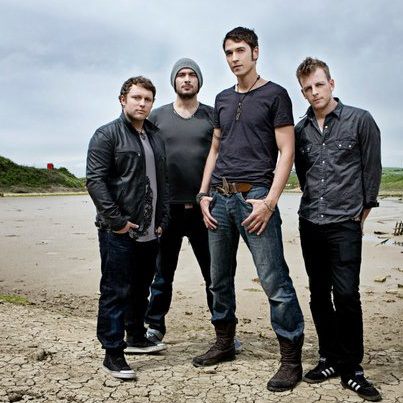 The Rubylux Q & A

Brighton’s Rubylux are an exciting band known for their passionate music and “guerilla gigs”. They have a new single out, a new album coming soon and a bunch of exciting tour plans. We asked lead singer and guitarist Rob Irving to tell us more.

Tell us a bit about how you guys came together as a band.

Adam (Harris) and I met through school and have played music together since we were about 12 and Mike (Hall) and Clark (Coslett-Hughes) met at college. We formed Rubylux out of two different bands and instantly knew we had the right formula once we started playing.

Your indie sound has seen you compared to a lot of different groups. Who would you say are your key musical influences?

We’re into our classic bands such as The Beatles but we all have very different tastes in music individually. Collectively though, we can agree on bands such as the Killers or Coldplay when we’re listening to music in the van!

You’re known for your “guerilla gigs”. Tell us a bit about them.

The street gigs started out as jam sessions for new songs in Brighton until we realised how many people we were able to play to! They quickly turned into proper performances where we would sell demos to fund our album recordings. We’ve got a huge generator that powers the whole set up which we have in the van, so whatever city we’re in, if the weather’s good, you may find us playing an impromptu gig!

It’s been a busy summer, and I’ve seen some great reviews for your festival shows. What has been the highlight for you?

We’ve just come back from playing CarFest for Children in Need. Not only is the festival incredible (playing to about 25,000 people), but the backstage area was the highlight of our summer! We got to meet Chris Evans, Nick Mason (Pink Floyd), and Keane but then we sat around a campfire at the end of the night with Sea Sick Steve singing and playing guitar for us. It was one of those magical moments where you’re thinking, ‘It doesn’t get better than this!’

And I hear you’re off to Brazil to play on Copacabana Beach . Excited much about that?

We’ve been insanely lucky to travel as much as we have with Rubylux. I don’t know how we get these gigs but we are ridiculously excited to play in Brazil !

Your second album, The World Goes Quiet, comes out next month. Will it differ much from what we heard on Fake Control?

It’s definitely a big progression from Fake Control. The songs are stronger and we really feel like we’ve found the balance in the production of the new album. We spent a lot longer on this record and I think it has a lot more to offer in terms of dynamics and vibe. We’re very excited for everyone to hear it.

And will there be a UK tour to promote the album?

We’re currently booking in several tours in the UK leading up to Christmas so we’re expecting to be on the road… a lot! We’ll be supporting some major acts as well as doing a headline tour of our own so keep an eye out for all updates at Rubylux.net.

So what does the future hold for Rubylux?

We’ll be touring in the UK and Europe for the rest of this year and then we’ll be heading out to the US early next year for a while. Also, we haven’t stopped writing songs since making the new album so we’ll hopefully be squeezing in a bit of studio time to get some of them recorded. We never stop working but we’re certainly enjoying the ride!