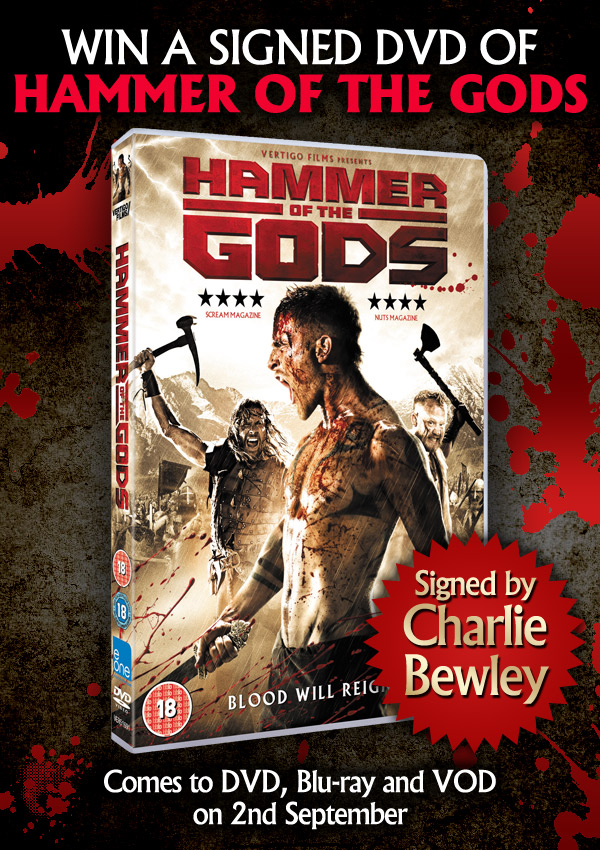 Hammer Of The Gods Competition

Bloody mayhem reigns supreme in this gritty and uniquely stylised Viking actioner. Viking and Saxon go head to head in a thrilling new feature starring up-and-comer Charlie Bewley (The Twilight Saga, Like Crazy, The Vampire Diaries). With a cast of veteran actors, rising stars and a story slick with bloodthirsty action and an unnerving twist, Hammer of the Gods is an action-packed treat that makes the players in Game Of Thrones look positively normal.

Which TV Show did James Cosmo Appear in?

A) The Vampire Diaries

B) Game Of Thrones

C) Home And Away

Send your answer along with you postal address to editor@filmwerk.co.uk to be in with a chance of winning!