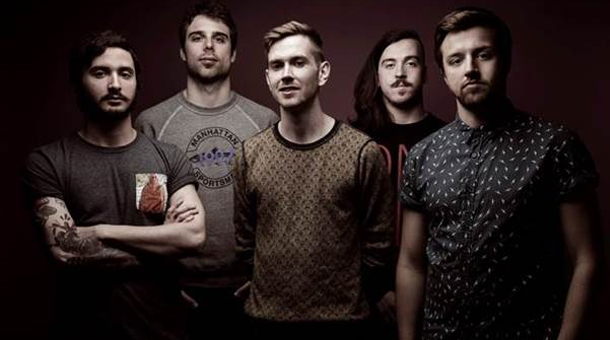 Blink twice and you’ll walk straight past the signpost for The Cockpit in Leeds. It’s a cold, drizzly day and in a tiny little attic of a venue, tucked away in Leeds’ city centre, forty, maybe fifty people have gathered to see the bands playing tonight.

Anchored By Avarice have the daunting task of opening up – and to their credit, they do give it their all. The Wakefield five-piece fall a little short however; the proficient guitarist can barely be heard over the bursts of feedback and thundering bass, and vocalist Tom Bellamy comes across as a singer, and not a frontman – his lack of stage presence or interaction with the crowd mars a performance that could have gained them fans. Still, as a fairly new band, they show potential – they just need their touring stripes.

Unfortunately, local lads The Final Crisis don’t do much better – falling firmly on the ‘generic’ end of the metalcore spectrum, Luke Mackenzie’s vocals do little but to impress upon the audience the fact that sometimes clean vocals lend more to a band’s lyrics than screaming ever would. His yelps into the microphone are met with little enthusiasm, but then, metalcore is always a matter of taste.

Zoax are a band that command attention. Songs like ‘Bitter Angry Fake’ are met with the first positive response of the night, and Adam Carroll is a natural frontman. Watching the quintet unleash a raw fury onstage, it’s difficult to believe they’ve been a band for less than a year. There’s a reason they’re this high on the bill despite that – they know what they’re doing, and have a knack for doing it well.

The Safety Fire have always been a little-known underground band – their crazy-unique form of prog-metal is one that has slowly gained support over the years; word of mouth and a support slot with Periphery last year has finally started to get them the recognition they deserve. The new record ‘Mouth of Swords’ has old fans buzzing and new fan flocking towards the band and tonight is their night; Seanie has the crowd eating out of the palm of his hand from the very first. Old favourites like ‘Huge Hammers’ and ‘Animal King’ elicit a violent, inescapable pit, new singles ‘Red Hatchet’ and ‘Yellowism’ go down just as well, with the crowd shouting every word, . As the night draws to a close, Seanie flings himself off the speakers, knowing full well he won’t be hitting the ground anytime soon.

Walking away, sweat-drenched and rubbing at numerous bruises, my ears ringing with the bass and drums, all I can think of is the fact that The Safety Fire are playing Leeds again in a matter of days.