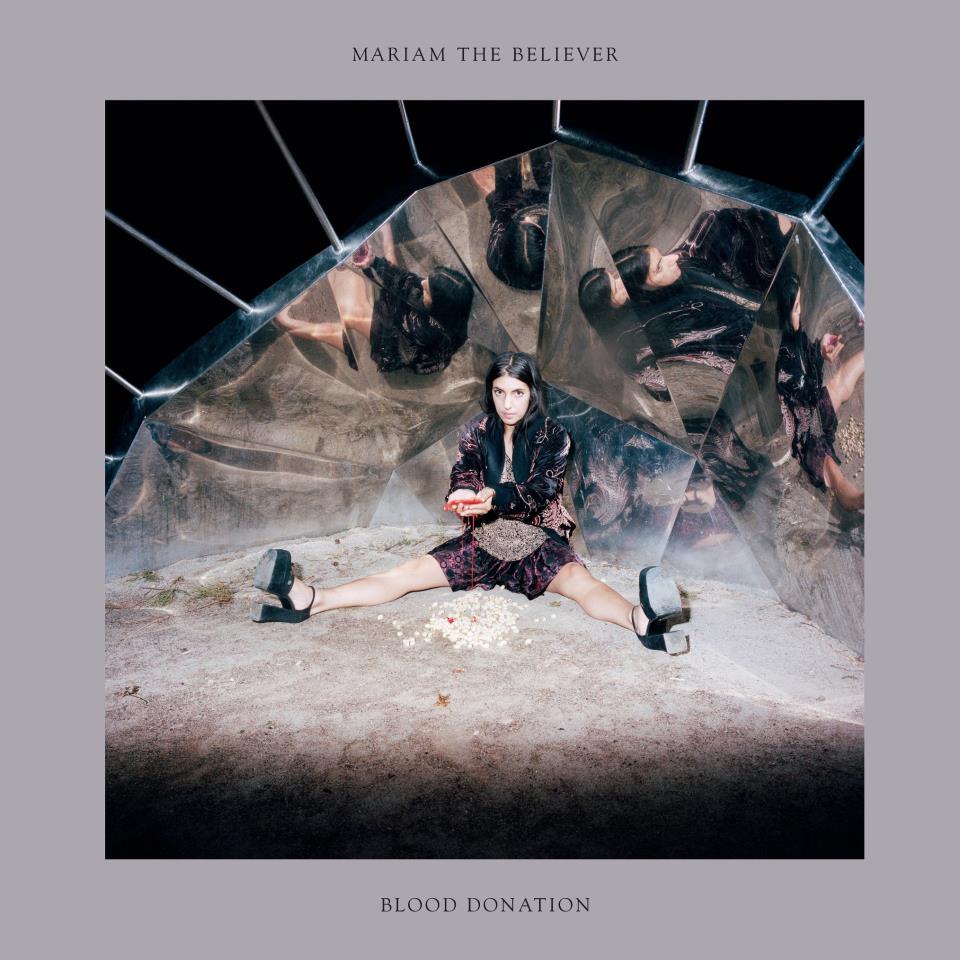 If you really want to get half an idea of what’s going on here, start at track three, ‘Somewhere Else’, where you can wend your way around the amateur dramatics that blends awkwardly with a smooth but powerful musical backdrop. The screeching of Mariam The Believer (Wallentin), one half of a husband and wife team that includes Andreas Werlin and formerly appeared in the guise of Wildbirds and Peacedrums, is a distinct high point of Blood Donation, which is due for release on October 7 on Moshi Moshi Records.

Mariam is now full and frontal centre stage in a band that is now named ‘Mariam The Believer’. The name sounds like a homecoming, or at least of an artist who has now the confidence to be known by their own name. It’s too easy to see Kate Bush in any record that starts with the lurching and guttural appeal to the aural senses that Mariam produces, but resist.

While the early chat on Blood Donation has the screech, the vibe is altogether cooler on Dead Meat. The shock shout is still there, just in case you might be about to relax, but the composition includes an uncomfortable switching of tone, timing, lyrical content and music. Although perhaps contrived, the jarring sound makes the song pleasingly unpredictable, although I hope someone does explain to me what “dead end next to the dead meat” means sometime.

‘Somewhere else’ is a more than happy follow-up, eliciting a similar disquiet as Mariam squeaks and squeals all at the same time. I am enjoying the album at this point, although a bit more yelping does push close to absurd moments of mirth. It’s like a small child has been told to express themselves anyway they see fit.

‘String Partners’ is when the album tightens up, kicking off with a touch of melancholy, and moving the mood somewhere else, perhaps somewhere a bit lighter. This is a short segue to the surely-related ‘The String of Everything’, probably the best creation the album has to offer. When in doubt wail – Kate would be proud.

After encouraging the bodies to run riot in ‘Invisible Giving’, it’s off to ‘Belong Or To Let Go’, which opens with a terrific, jazzy brush of the snare drum. An imaginative mix ensues during which it becomes clear that someone ought to present a couple of Young Marble Giants or Au Pair albums to the duo, that along with a book of dark fairy tales.

“An introspective and melancholic creation of forceful pop that characterises Mariam’s vision of hope, of light at the end of a tunnel” states the promotional blub, and it’s on the mark.

After laying down our soul on Blood Patterns, Above the World lets in the sound of the industrial world, with a marvelously rich start, against a whole load of gloopy sounds, or is this a lot of lip and tongue clicking? The research starts now, but it’s certainly different.
The sun rises in First Haiku, or that’s kind of how it sounds after the darker or harsher sounds that have come before. Again, Mariam offers up a voice that trembles but in a controlled way that verges on a game of loud whispers. The song is another narrative that neatly takes the song away from the repetition of a chorus or tag line. And again, the music opens out and welcomes the addition of all sorts of soft chants and woodwind meandering.

By the time we are at unlucky song number 13, we are ready for the final outpouring, and this one is ‘Love Is Taking Me Over’. After a jolly jaunt through this dark and mysterious album, the only option is to agree.