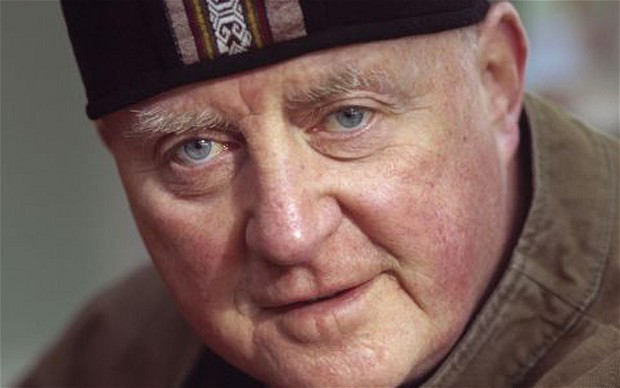 One of the highlights of the Liverpool Irish Festival is often when Christy Moore comes to town. This year was no exception with the Irish folk hero accompanied by long term compadre Declan Sinnott back to take on a Saturday night crowd at the splendid setting of the Liverpool Philharmonic Hall.

Christy in trademark black tea shirt looked very at ease and fully engaged with his audience which is one of the draws of going to see Christy. The set was a nice mix with highlights from the well regarded ‘Live at the Point’ album and other tributes on quite an emotional night.

Bang on stage at 8pm Christy and Sinnott played over 2hrs highlights were ‘Missing You’ which had the crowd warming up – a wonderful tale that many of the Liverpool/Irish amongst the audience could relate to. Always managing the odd bits of banter Christy seemed a bit more akin to deal with the odd shout out and kept the audience engaged especially with a couple of impressive Woody Guthrie covers including ‘Deportees’.

Between a few of the songs Declan Sinnott sang one of his own songs – wonderful to listen to his country husk tone. The two blended like fine pals especially on the likes of ‘Viva La Quinte Brigada’ and ‘Lisdoonvarna’ which really had people bouncing about also on the merry ‘Joxer Goes to Stuttgart’.

The no alcohol sold through the show and the non interval was expected and Christy amused the audience with his new ‘Arthur’s Day’ single – a stab at drinks company ‘Diageo’ – ‘Start ‘em off on Alco-Pops tastes just like lemonade, Get ‘em into the hit while they’re young and none the wiser.’

There was the usual nod to Liverpool connections and cover of Ian Prowse’s (Amsterdam) ‘Does This Train Stop on Merseyside’ which went down well. The catchy ‘I’m A Bogman’ by Luka Bloom also got an outing and very fitting for the festival as did ‘Ordinary Man’. Christy also played the traditional Irish Bodhran on ‘Well Below the Valley’ which warped everyone into a drum beat trance.

Black is The Colour was dedicated to audience member Fiona daughter of Hamish Imlach who Christy had learned the song off in Glasgow back in the day!

What was special about this show is the ease in which Christy managed to still play songs with such intent and meaning. There was a wonderful dedication to Phil Chevron from the Pogues who sadly had recently passed. Christy finished with the crowd joining in every word in an emotional tribute to Kerry Ogden the young Merseysider who was tragically killed in a coach crash on the way back from the Bestival Music Festival last year – Kerry’s father was in the audience this evening as Christy dedicated an eloquent version of Pink Flloyd’s ‘Shine On You Crazy Diamond’ in her memory. A fitting end to a wonderful set.

Christy Moore is a man in his prime and never fails to disappoint.