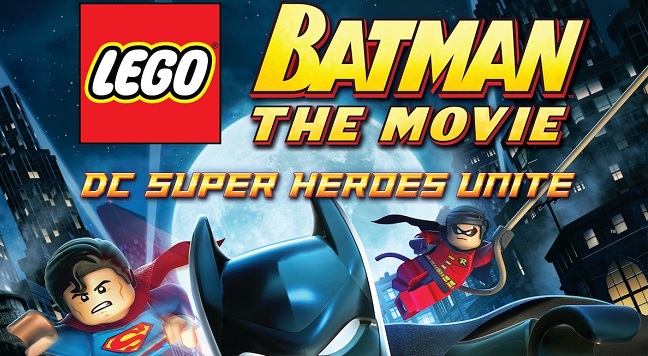 For some time now Lego has been producing animated films and TV shows as well as their excellent computer games to help market their various lines of toys. Most of these films have been Star Wars based such as the 2012 Empire Strikes Out which is certainly worthy of a watch if you are a fan of Lego or Star Wars.

The latest instalment in the series is the Lego Batman – DC Super Heroes Unite which follows closely the plot of the 2012 game Lego Batman 2: DC Super Heroes.  The film incorporates some of the cut scenes from the game with the game play sections replaced with new scenes and ends up creating a nice coherent story which doesn’t feel like it is based on a game.

The plot of the film in essence is that Lex Luthor is running for president and gets the Joker to help him in exchange for helping him fight Batman. Batman, who is reluctant to take any help is finally forced to accept it from Superman and the Justice League to help defeat the super villains’ plan.

The film is clearly aimed at a younger audience and that shows mainly in the level of humour which should be just the ticket for children watching but fails to offer as many laughs to adults as the computer games have in the past. For adults a lot of the fun is spotting the homages to the previous Batman films. In particular the opening title sequence with the camera flying around the (Lego) Batman sign to the tune of Danny Elfman’s Batman Theme is a very nice nod to the original Tim Burton films. The music in general is a funny mix of the above mentioned Batman Theme and the John Williams Superman theme which play together surprisingly nicely, alternating between the Batman and Superman scenes. For Lego fans, it’s great to see that the sets and vehicles from Arkham Asylum to the Batmobile have perfectly retained the look of the sets which are available in shops. Most of the Batman villain minifigures available also feature in the opening scenes and aside from few of the Justice League members all the characters you see in the film should be available to buy at the moment.

The DVD and Blu-ray versions come with the same extras which add quite a bit of value to the set. Firstly there are three DC Comics cartoons. The first two are Batman: the Brave and the Bold episodes which revolve around the Justice League and an episode of Teen Titans which seems to be a sort of children’s Justice League. These are all full length cartoons which are a nice addition to the set. Secondly we get Building Batman feature which involves the winning director of the Lego DC Universe Super Heroes video contest showing a group of kids how to make a stop motion Lego film as well as giving all sorts of informative facts about Lego. Finally we also get the top five entries in the competition which are a really nice addition. These are all short stop motion films made using pretty basic kit but a lot of imagination making these really an enjoyment to watch.

At 71 minutes the main film is surprisingly long for this kind of film but it certainly keeps the pace throughout and should keep children engaged in the story. If you are an adult and have played through the Lego Batman 2 game already, you can safely skip this but it does have its moments even for adults to make it worth a watch. For children, I can see this becoming a firm favourite if they are Batman and Lego fans in general.

Finally, it is worth mentioning that the Blu-ray set will at least initially come with a limited edition Clark Kent minifigure. The figure sports Clark wearing a suit in the process of being opened revealing the Superman sign underneath. This figure is bound to become collectible and it is safe to say will be worth more than the entire blu-ray set in the coming weeks, so whether you are a collector of Lego figures or fancy getting the blu-ray for “free”, it’s worth looking out for this version in the shops.