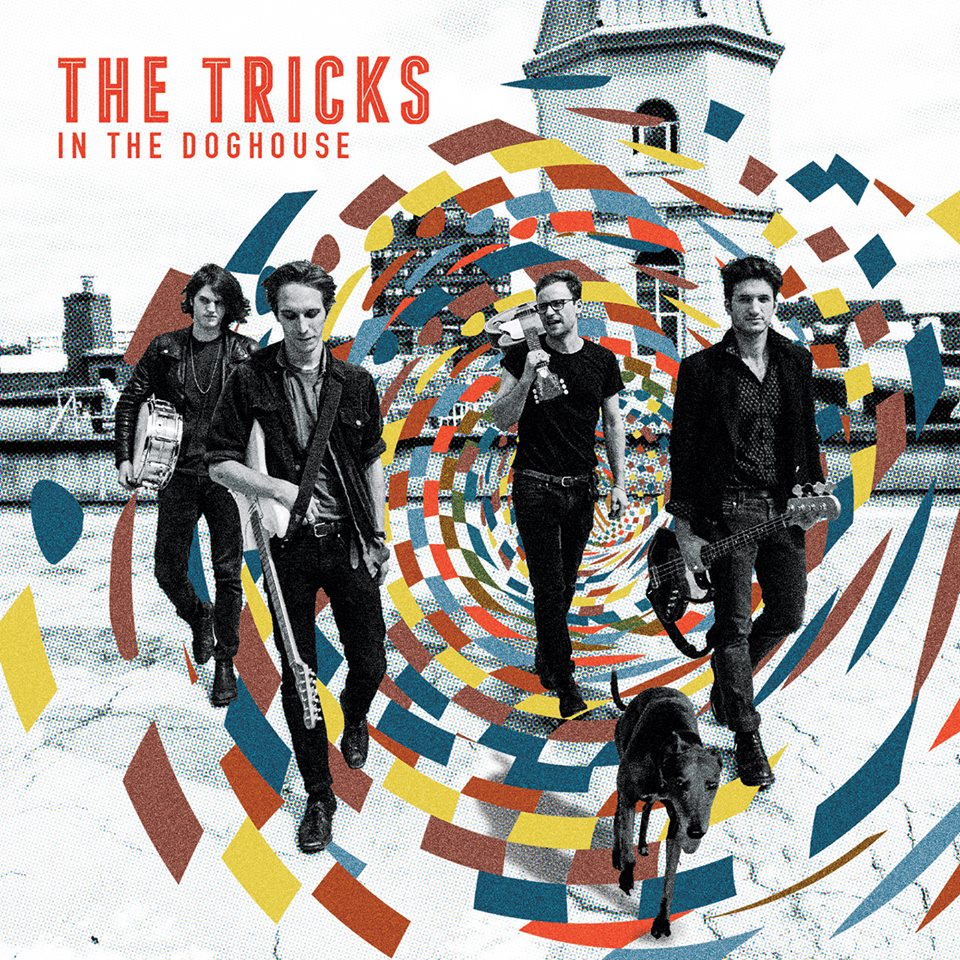 Continuing to energise and electrify the UK live music scene, The Tricks released their new four track EP ‘In The Doghouse’ on October 28th, with a launch showcase at Hoxton Square Bar & Kitchen on October 30th.

The release of ‘In The Doghouse’ follows the success of the London rock foursome’s debut EP ‘49 Mercury’ and the completion of their first UK headline tour. ‘Better’ is pacey and incredibly catchy with sharp guitar lines and intense vocals. ‘The Dead of Night’ has a pulsating bass line, like a heartbeat, that drives the track as the drum and guitar patterns weave throughout creating dynamism and energy. Both are blistering indie power rock tracks that reflect the despondency but hopefulness felt by many frustrated with the direction of their lives.

The studio versions were recorded in Unison Music Studios in Los Angeles with Grammy nominated producers Bruce Witkin & Ryan Dorn while the bedroom session was recorded closer to home in guitarist John Bisset’s New Cross bedroom. Together the singles represent the invigorating restless momentum and anthemic potential of The Tricks’ music. “They’re not negative songs by any means” the band explains “they have an underlying optimism which is something we all hang on to so as we don’t go mad….”

Formed in 2010 the four mates, originally from Hertfordshire, brothers Joel (vocals/bass) and Ash Hodge (drums) joined by guitarists Eliot Crabtree and John Bisset play with the brevity and spirit of punk with hints of the heady Brit pop days of Blur. Working out of a vast, abandoned warehouse in Hackney dubbed The Tricks HQ they produced music with a refined rawness and a sound that walks the line between North American and British rock ‘n’ roll. Catching the attention of the American label Unison Music Group they were signed to a worldwide deal. The groundswell of fan support for this exhilarating band led to The Tricks gaining national coverage whilst gigging extensively around the UK, including sold out shows at The Lexington and The Social.

The lads have “a massive sense of achievement and pride” about their current successes which they believe have been attained through honest dedication to the music and the band. “We didn’t start the band to write a few ditties then coast along, playing the occasional gig and seeing where it would go,” says Joel, “The Tricks consumes our whole lives.”

‘In The Doghouse’ precedes The Tricks’ debut album which is due for release in 2014.