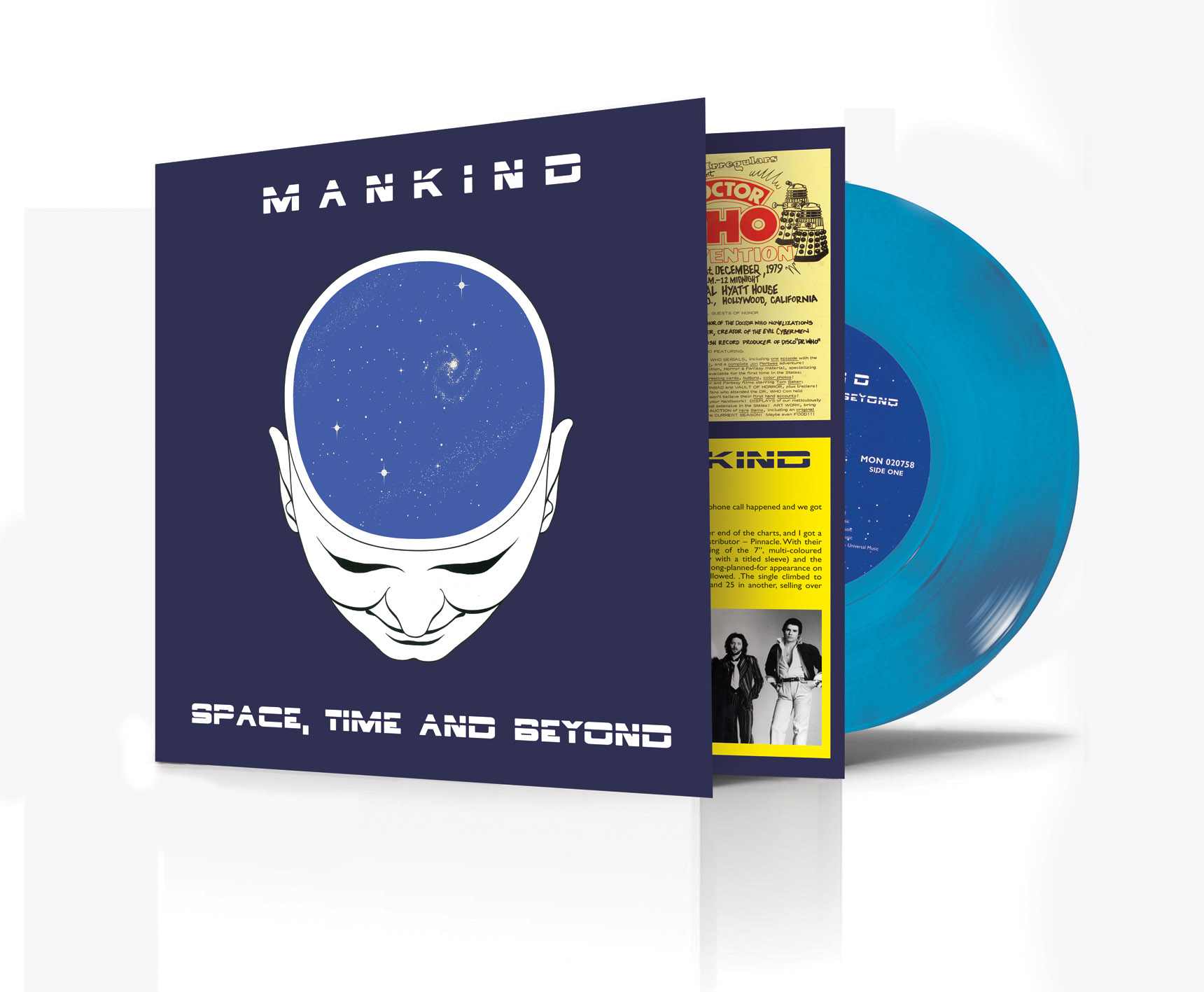 Coinciding with the 50th anniversary of the debut of the TV show DOCTOR WHO, British pop group Mankind’s hit disco single “Dr Who?” is being re-released in an extras-loaded collector’s edition on 18th November in 12” vinyl and CD on Mondo Recordings. This will be released as a download on the same day as the album “Space, Time and Beyond” and will be available from all major download sites worldwide.

The new album release, titled Space, Time And Beyond, is a collector’s dream: a translucent-blue, 11-track vinyl LP with gatefold sleeve; a poster; and a booklet featuring unpublished photos of Tom Baker from the first-ever American Doctor Who convention. A CD version with 14 tracks (due to the extra space) will be released simultaneously.

To celebrate the single and album release – we are giving away 3 of the Collectors vinyl edition of the album ‘Space, Time And Beyond’.

Watch the video teaser for “Dr Who? (Time Waits For No Man) by Mankind vs Dos Amigoz feat Diane Charlemagne”: