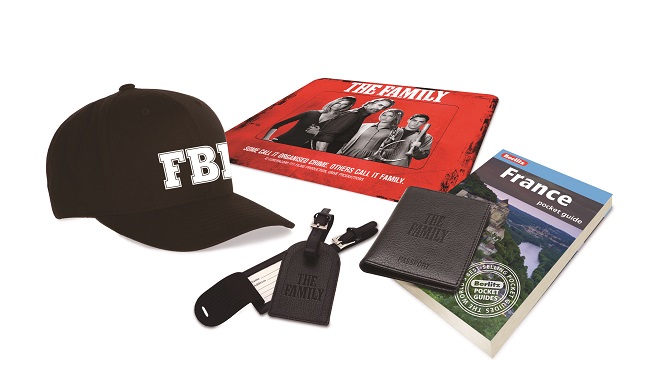 In the dark action comedy The Family, Mafia boss Giovanni Manzoni (Robert De Niro – Silver Linings Playbook, Goodfellas) breaks the sacred code of omertà and snitches on his crew. Given the new identity of Fred Blake, he and his family are relocated to a sleepy town in France under the Witness Protection Program. Despite Agent Stansfield’s (Tommy Lee Jones – Lincoln, No Country For Old Men) best efforts to keep them in line, both Fred, his firecracker wife Maggie (Michelle Pfeiffer – Stardust, Scarface) and their children, all-American Belle (Dianna Agron – “Glee”) and wannabe wiseguy Warren (John D’Leo – The Wrestler), can’t help resorting to old habits by handling their problems the “family” way.

But the Mob doesn’t forget and, as his old crew closes in on their location, chaos ensues and old scores are settled as Fred is caught in the middle of a life-or-death showdown between his two families.

To mark the release of the film we are running a competition for some movie merch.  Packs include: FBI CAP, LUGGAGE TAG, PASSPORT HOLDER, FRIDGE MAGNET PICTURE FRAME, POCKET SIZED TRAVEL GUIDE OF FRANCE.

To be in with a chance of winning have a peek at the following question:

For which film did Robert De Niro receive an academy Award?

B) The Godfather Part II

Send your answer along with your postal address to editor@flmwerk.co.uk

The Family is in theaters on 22nd November