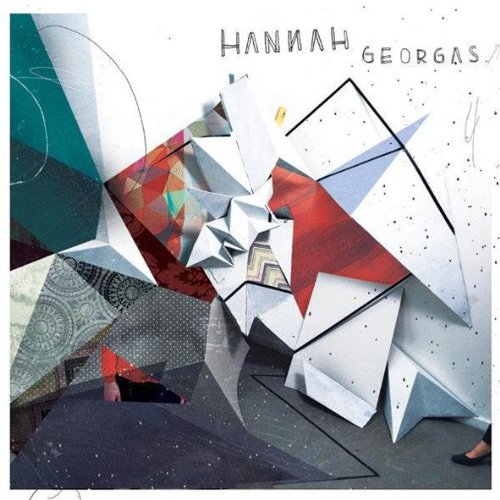 This self titled album is the second from Canadian singer songwriter Hannah Georgas. It was released back home last year to good reviews and resulted in 2012 Juno award nominations in both the Best Songwriter and Best Alternative Album categories. Georgas was also nominated in the Best New Artist and Best Songwriter categories at the 2011 Juno Awards following the release of her debut album, This Is Good.

While Hannah Georgas’ first album was pop-rock and radio friendly, based largely on acoustic music, this one takes a different approach entirely. Recorded with Graham Walsh from Toronto electronica band Holy Fuck, this time around Georgas’ lovely vocals are mainly backed by a variety of synth and other electronic sounds. And it works well in places, but not on every track.

Lead single Robotic is upbeat and here the electronic beat sounds good along with the plaintive vocal delivery. Georgas has a smooth and slightly soft voice, but she has power at her disposal too and the second half of the song shows this off well. The strong synth beat on Fantisize backs slower vocals well and here adds emphasis to the dreamy feel. But there are others where the eighties sounding synths don’t seem to complement the vocals.

And not every song is totally synth based. The very personal Ode To Mum, written after her father’s death, shows a mature songwriter who can channel deep feelings into an excellent song. The more pop sounding tracks are among the best on the album. Shortie was written as, to use Hannah Georgas’ own words, “a fun and fluffy pop song” and it is catchy. The upbeat Millions is also very good, another pop based song that would do well as a single.

This change of direction is an interesting one for a young artist to make. Experimentation and different approaches are part of artistic development and Hannah Georgas has made a brave decision to go down the electronic route. Ultimately this album seems to have divided Canadian critics between those who love it and those who think that the backing detracts from her fine vocals. For me there are several very good songs here; enough to make it a successful project. But where will she go next?