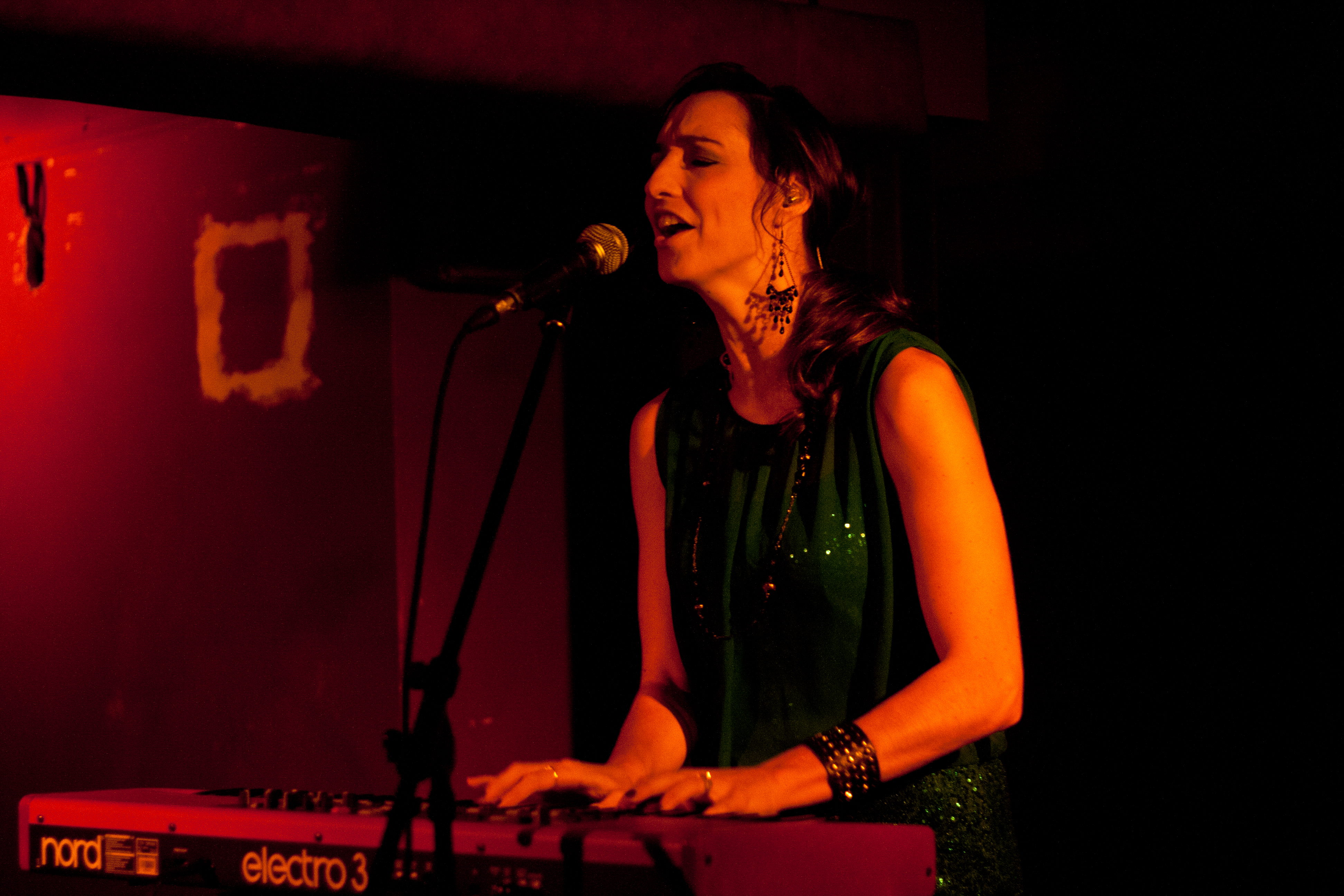 American singer Jenn Bostic made her first journey to Glasgow last night, playing a fine set with her band. Unfortunately the venue was only half full, but it did not stop Bostic from going all out to entertain – and she certainly succeeded in that.

There were only two support acts, as Daisy Chapman had to pull out due to illness. Singer songwriter Jack Omer from London played a good acoustic set on guitar and occasional harmonica. His folky and melodic songs were delivered in an even and passionate voice, and he showed some nice touches of humour in his intros. A rare love song Dry Your Tired Eyes was perhaps the pick of his short set, although his cover of the Rolling Stones’ Dead Flowers was very good too.

Another folk influenced songwriter Emma Stevens was next. Playing ukulele and acoustic guitar she was backed by an electric guitarist. Stevens’ vocals are high and rather thin at times and most tracks seemed to be structured around slow verses with faster choruses, giving a stop-start effect. Two slower tracks, Party Girl and the emotional Sunflower written after her mother’s death were perhaps better suited to her voice.

Jenn Bostic and her band began with Change, the opening track from her excellent debut album Jealous. Bostic moved away from her keyboards early on, using all of the small stage as she danced and sang. And even with backing from a second keyboard, guitar, bass and drums her voice was clear in the mix and strong all night,

Much of the set came from Bostic’s debut album. Missin’ A Man was slow and emotional while Just One Day took the theme of loss to new heights as her voice soared, showing the power she has. Wait For Me was also delivered perfectly with real feeling. But it was a wonderful solo performance of her best known song Jealous Of The Angels that was the standout of the evening, a quite beautiful rendition of the heartbreaking song about her father’s death.

Bostic also unveiled a couple of new tracks, which will feature on her next album in 2014. The tone appears to be far more upbeat in her newer writing, with both Looking A Lot Like Love and Feel Like Falling In Love being uptempo and melodic songs that head more towards pop, although with a slight country edge.

The penultimate song was a cover of Bonnie Raitt’s Love Me Like A Man, with Bostic on acoustic guitar for a real country rocker that was big and bold and also allowed the band to shine during the instrumental sections. The closing Not Yet provided the big finish with Bostic’s vocals again soaring in a fine emotional fashion.

Jenn Bostic and her band were soon back on stage for an encore and the night ended with the two support acts joining in on Keep Looking For Love, a fine finish to a very good performance.

Jenn Bostic showed here that she can take the emotional edge and high levels of performance that she displays on her recorded work and translate them to the live stage. And the newer songs played show that she has some more upbeat tracks to add to her repertoire too. The forthcoming album should be a very interesting development of her music.