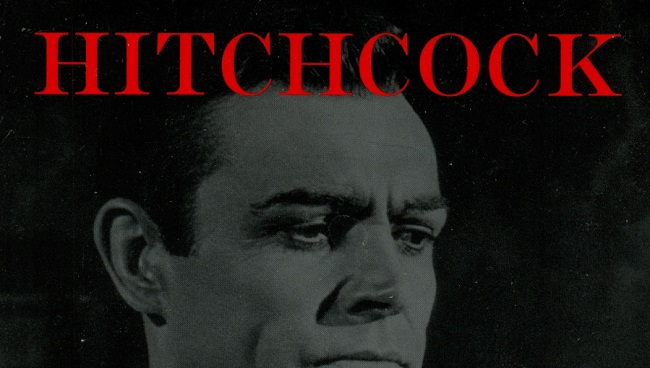 Hitchcock And The Making of Marnie

Alfred Hitchcock’s film Marnie is what could be described as a flawed classic and Tony Lee Moral’s new study published by Scarecrow Press does not deny this in a follow-up book to his previous similarly titled book, ‘The Making of Alfred Hitchcock’s The Birds’. Moral looks at the film from the perspective of a turning point or at the very least a crossroads in the Master’s oeuvre. He made Marnie on the back of the critical and artistic highs in another change of direction in the more horror market of films such as Psycho (1960) and The Birds (1963). But in many ways Hitch was looking back to his study of psychoanalysis (while central to Psycho took a twisted approach to the subject) that he had explored directly in such classics as Spellbound (1945). On its release Marnie came in for much criticism which the author of this book tackles from the offset. Why did it come under such critical scrutiny? Some critics thought that this was a lazy film from Hitchcock. But Moral refutes this as this was a work the director had been working on for some three years. However, what is true is that the now ageing director preferred the studio to location and some critics laughed at some of the back projections when films like Laurence of Arabia made a couple of years before showed the expanse of location shooting and in this sense Hitchcock was seen as old Hollywood.

True, sometimes Marnie seems a better film in memory than it does in actuality. One is always left a little disappointed after viewing but then again on further reflection it becomes a thoughtful and intelligent film that is beautifully shot (it doesn’t help that the film has not received a long overdue restoration and is rarely seen in the proper framing). Few films let the viewer go through this thinking process. The psychoanalytical aspect is clever and well thought about but it is never the less true that the mis-handled back projections, matte painting and the set of the Baltimore street let the film down a little.

Moral has written a thoughtful, definitely well researched and strong study on the process of how this film was adapted, constructed, filmed and marketed as well as a great deal of attention to the original book’s author, Winston Graham and how it was changed and adapted as a very different screenplay by Evan Hunter who had just finished working on The Birds for Hitchcock was employed to write a draft. However, pulling no punches Hunter fell out with Hitchcock for the so-called rape sequence that Hunter felt very uncomfortable with. With Hunter sacked he then employed a less feminist writer in the female playwright and author, Jay Presson Allen who went on to become a close friend of the director and to get the screen credit. A great deal of the book is given over to Graham, Hunter and especially Presson Allen and as a result the book demonstrates the process in adapting the book to the screen well.

But these were not the only problems for Hitch. His original leading lady had been Princess Grace of Monaco herself, Grace Kelly who had planned to come out of her early retirement in a part Hitchcock wanted to be especially written for her. Kelly had starred in three Hitchcock films and had become the archetype of his ice cold blondes. All those who followed: Kim Novak, Eve Marie Saint and Vera Miles had all been carbon copies of the Grace Kelly blonde. Then he came upon ‘Tippi’ Hedren after watching a Coca-Cola advert and employed for the lead in The Birds. This seemed to work well until half way through the filming of Marnie and Hedren decided to marry and retire from acting. This did not please Mr. Hitchcock and the two endured a very frosty relationship after her decision (Presson Allen advised her to get on with the job and then move on with her life). This was a part of the director’s control freakery which Moral does a good job in not labouring over this as other books have as many former actors and actresses have mostly kind words for the Master.

This is not to say that Moral’s book is a gossipy one, because it isn’t, but it is well researched relying on plenty of first hand interviews with surviving members of the cast such as support actress Diane Baker and accounts from Hunter. Where it comes a little unstuck is in the last few chapters in which once he seems to have written about the legacy of Marnie and the critical responses a whole chapter is dedicated to an elusive project for Hitchcock in his desire to have a J.M. Barrie play made into a film, a ghost story called ‘Mary Rose’. The author then goes into the later attempts to have the play adapted for the screen from an adaptation by Jay Presson Allen which never made it to the screen. As interesting as this chapter is it does deviate from the flow of the book which before this moves neatly, if in a slightly hackneyed approach from book to pre-production, post production, marketing and critical reception. After this chapter he returns to the main feature but focuses on the details or key moments from the film with accounts from peripheral cast and crew members. It does break the flow of the book and would have benefitted from being edited into the more relevant parts of the book. Never the less the book is the ultimate reference and handbook to Hitch’s techniques as a filmmaker. While many other books, including those on Vertigo, Psycho, The Birds and Frenzy among other films have been written it always reads as a fascinating piece of history.