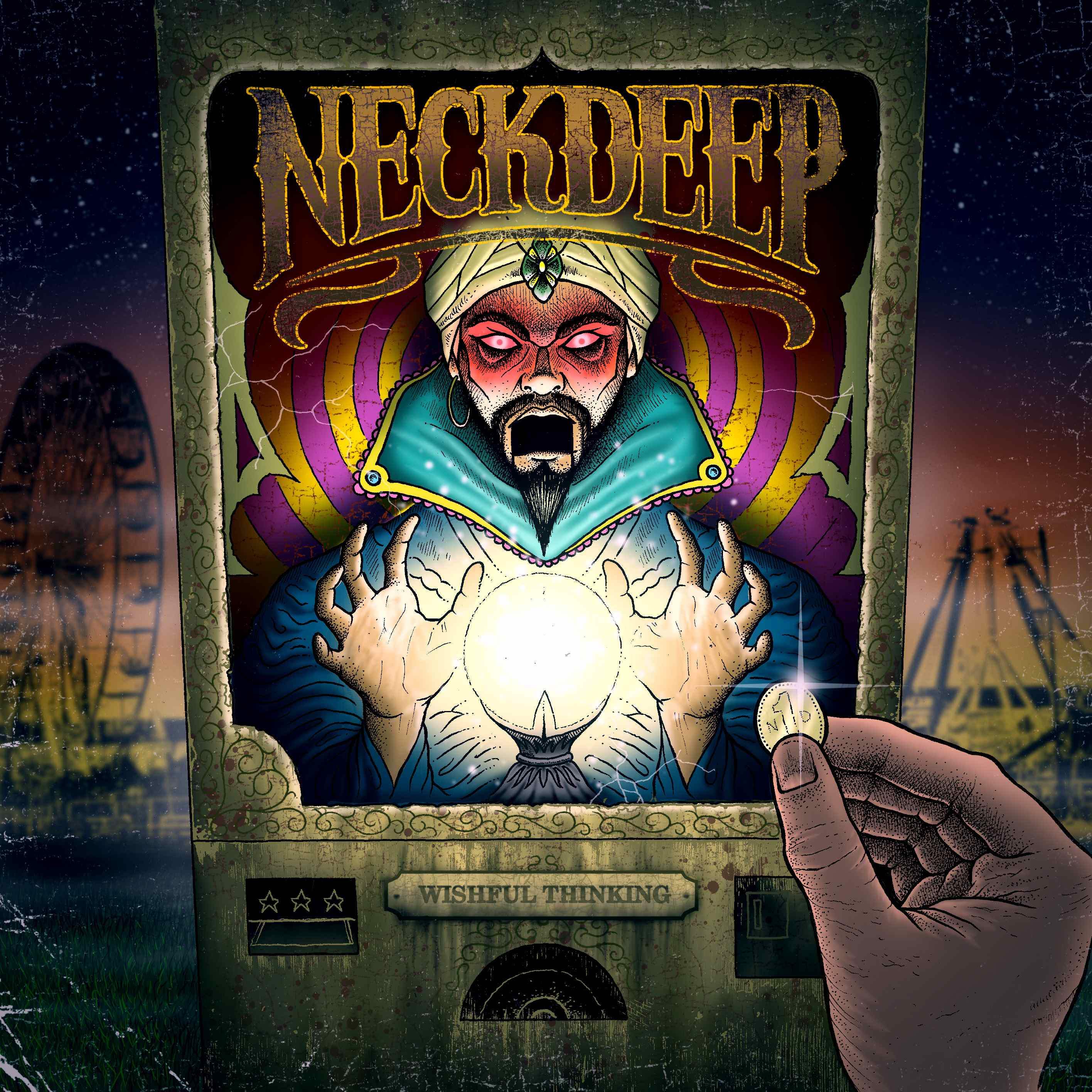 With the rise of the UK pop punk scene over the last few years, the swell of support at ground level for breaking underground bands is unprecedented and there’s possibly no finer example of that than the frenzy surrounding Wishful Thinking, the debut album from Neck Deep. Despite the short length of their career so far, the group of friends have found themselves at the centre of a swirl of media attention and a rapidly expanding global fan base. On first listen, it’s easy to see why. Neck Deep are producing pop punk to the highest standard, easily competing with some of the best that the US has had to offer in the past decade, but that’s where the problems with this record start.

There’s no denying that pop punk is so deeply ingrained in this band that if you cut them they’d bleed knee socks and Vans – the real question is whether we need a UK band emulating the sound of their US counterparts almost to perfection. With hundreds of US bands living this music day in and day out, is it churlish to say that UK bands can’t do pop punk? Of course it is, but it’s always nice to see some national identity or a unique take on a tried and tested formula – unfortunately with Neck Deep you get neither of those things. It’s all Californian sunshine and American drawls, feeling a little disingenuous to say the least. At the end of the day, Me Vs Hero are a prime example of a UK band doing this dance better, with more variation and for far longer.

A plethora of pop-punk-packed Slam Dunk-friendly singles come thick and fast with the galloping ‘Zoltar Speaks’ channelling Millencolin circa 2003 and The Story So Far infused basement punk of ‘Over and Over’. Closing track ‘Candour’ is the most interesting on offer with its female harmony, cello orchestration and Taking Back Sunday-reminiscent melancholy proving that maybe there are more strings to their bow than a casual listen might reveal, but why oh why do we only get one track’s worth of diversity?

It would be unfair not to point out that this is a perfectly executed pop punk record doing exactly what it says on the tin and by all accounts is resonating deeply with its direct audience, which is maybe where this is slightly lost on us. There’s no identity to Neck Deep, no personal connection, no outstanding song writing or artistic credibility. It all feels a bit formulaic and safe, leaving us wondering whether Neck Deep have it in them to do anything more past this album. Can they outgrow the scene? Do they have anything to say? It remains to be proven.