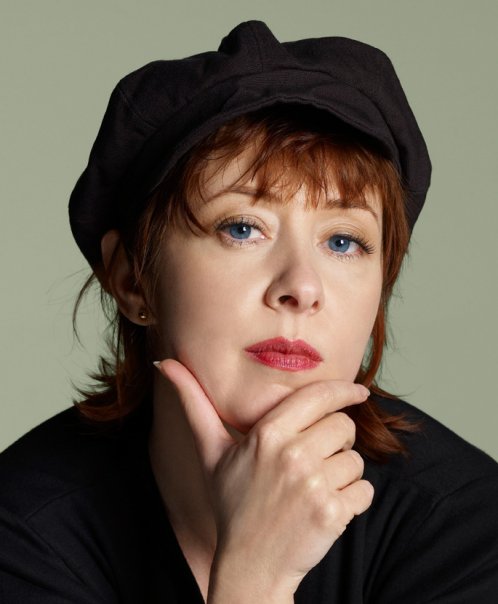 American singer songwriter Suzanne Vega is back on tour, and she played a fine show to a large and appreciative audience in Glasgow as part of the annual Celtic Connections festival. Vega played a ninety minute set with her biggest hits, some lesser known songs and several new tracks from her forthcoming album, Tales From The Realm Of The Queen Of Pentacles, all featuring.

Support came from Oklahoma’s Samantha Crain, and her acoustic folk songs were poetic and sung in a rich voice with good depth. The Devil In Boston, which is apparently about New York but the name didn’t scan properly, and One More Night, about living in a small town, were both well written and well delivered. Her closing song For The Miner, written for songwriter Jason Molina not long before he died, was especially poignant and emotionally strong.

Suzanne Vega was confident and assured on stage, chatting with the crowd between songs and explaining the background to many of the tracks on her new, and somewhat mystically inspired album. But it was an old favourite, Marlene On The Wall, with which she started the set, her companion for the evening Gerry Leonard adding some nice lead guitar touches.

Several new tracks followed from what will be Vega’s first new album in seven years. Fool’s Complaint, a tarot inspired track was soft and folky, the slower Crack In The Wall was sung quite beautifully and Jacob And The Angel, which saw frequent looks at a lyric sheet, came across as strong and emotional. A couple of older tracks followed, Small Blue Thing seeing Vega’s voice soar majestically and Hold Me Like A Baby, written about a summer romance when she was just 18, featuring some nice guitar picking.

The mix of new and old continued with the quirky, fast paced Don’t Uncork What You Can’t Contain and the strident Song Of The Stoic followed by the lovely In Liverpool and another of her best known tracks, Left Of Centre. Perhaps the best of the new album’s songs to be played was I’ll Never Wear White, which saw Vega ditch her guitar to prowl the stage in a newly bought long black coat that matched the subtle menace behind the lyrics. And the closing pairing of two fine songs in Luka and Tom’s Diner had the audience clapping along before she left the stage to tremendous applause.

Vega and Leonard were soon back on stage and the requests called from the audience saw her refuse to play Neighbourhood Girls before settling on the lovely Solitude Standing instead. Horizon from the new album followed, an inspiring song of peace that ended the night on a lovely note.

Suzanne Vega has been a part of the music scene for almost thirty years now, and with a new album to promote she is focused and clearly on top form. This fine set full of her typically folk inspired songs was emotional and entertaining, and the sell out crowd hugely enjoyed her excellent performance.