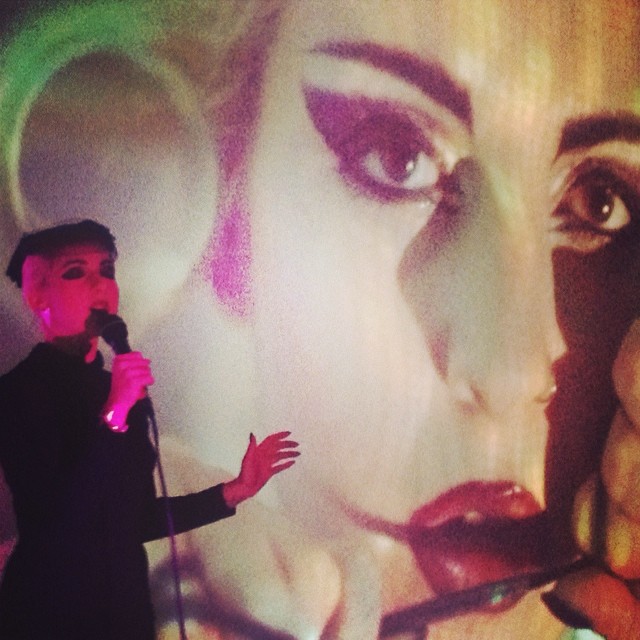 The Glasgow Film Festival is now celebrating its tenth year, with an expanded programme and bigger budget, in recognition of the fact that it’s the UK’s fastest growing film festival.

It’s something of a staggered event, with the Film Festival proper being preceded by the Youth Film Festival, chosen by young programmers, and the Short Film Festival. The greatest strength of all the Glasgow Film Festivals is that, while they may not attract the biggest premieres or guests, is the quality of the events surrounding the films; this is after all, a city with a ridiculously thriving art and music scene, and a legendary ability to party.

For the Short Film Festival I attended two events, Niteflights and Konx Om Pax’s curated night at the Art School. Niteflights is a multimedia event, put together by the massively talented young performance artist Michele Hannah, which seeks to evoke the spirit of the Walker Brothers’ legendary last album of the same title. The setting was an underground car park, just round from the Art School, with random objects and pieces laid out, including a beautiful garden sculpture by Martin Boyce.

There were so many artists and musicians listed on the bill that I was worried how they’d fit them all in; my concerns that Linder Sterling being listed on the bill might turn out to be one of her epic eight hour performances were allayed when it turned out she was represented just by a video piece, showing her frolicking in a garden with costumed revellers, evoking the spirit of Jack Smith.

First act proper are Picanah Electrica, which sees Michelle Hannah come on in a white tuxedo and perform against her silhouette on a white background, coming on like a young Annie Lennox or Laurie Anderson. Her partner in crime, Craig Mulholland, provides a minimal electronic backdrop; the effect is spellbinding.

Andrew Houston is another young performance artist who uses music and performance in unsettling ways. If there is such a thing as silent disco, I can only describe what Houston does as static voguing; he stands immobile, masked, while he has the face of another projected onto him, singing and occasionally gesturing, to immaculately creepy effect.

Hausfrau is the latest project from Claudia Nova, of the late, lamented Aggi Doom. She projects an ice-cool cyber Dietrich image, singing torch songs with a Macbook against backprojected images of herself, smoking in time reversed footage.
Douglas Morland is a stalwart of the Glasgow music and art scene, being best known for his time in Mother and the Addicts and Older Lover. He performs an enjoyable analogue electronic set in a kind of metal cube lit in red that he’s designed for the evening.

The longest, and most exciting performance of the night though, has to be Ubre Blanca. A collaboration between Joel Stone (formerly of Shit Disco) and Andy Brown (the drummer from Divorce and Remember Remember), this isn’t the first time I’ve seen them, but has to be the best. Stone stands on the sideline, coaxing his battery of analogue synths to produce a weird amalgam of John Carpenter style horror soundtrack music with an almost Moroderesque propulsive beat, anchored by Brown’s virtuoso drumming. Making a drummer the centre of attention, playing against a projection might sound indulgent, but here seems thrillingly right.

The next night sees Tom Scholefield (aka electronic music producer and video director Konx Om Pax) take over the Art School proper an evening of experimentation. His plays a warm ambient set to animations of biomorphic blobs, before leaving the stage to his guests, Zoviet France. A legendary, influential, if anonymous collective of musicians who’ve been working for over 30 years, this band produced one of the greatest, least known records ever made in and about Glasgow, The Decriminalization of Country Music. Tonight they play the most minimal ambient set imaginable, on a darkened stage. It’s mesmerising, if perhaps a little too little for some of the crowd on a Saturday night.

Picking up on this immediately after Zoviet France, JD Twitch soon whips up the crowd with a set of early ‘90s rave mayhem.

All in all, a great opening weekend for the Festival.