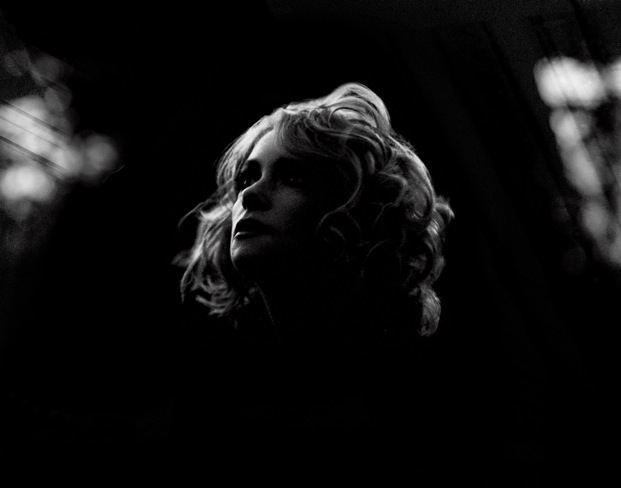 On 4th March, Goldfrapp will be revealing their very special Tales Of Us cinema event – a worldwide screening of a stunning film followed immediately by an exclusive dramatic live performance transmitted into cinemas from the magnificent surroundings of the legendary Air Studios in London.

This must-see state-of-the-art experience will be broadcast by Arts Alliance Media across the UK, Europe, North America, Australia and New Zealand on the evening of 4 March 2014.

Inspired by their latest release, the film is a 30-minute journey through five of the individual stories featured on the album. Stranger, Laurel, Jo, Drew and Annabel interconnect subtly, sharing themes of love, loss, madness and identity, taking the viewer on a unique musical journey.

The film will be followed by a live 50-minute dramatic theatrical performance by Goldfrapp including classic songs and selections from the spellbinding new album.

Says Alison Goldfrapp, “We’re very excited to present a unique event, the Tales Of Us film alongside an intimate live performance, to our fans across the world. We’ve loved touring the Tales Of Us album and can’t wait to bring our live show to local cinemas”.

We’ve got 3 pair of tickets to give away for the Liverpool Cineworld screening on 4th March and entering couldn’t be easier.

Simply follow @glasswerk on Twitter and send us the answer to the following question, with the hashtag #TalesOfUsFilm included.

Q: What is the name of Goldfrapp’s elusive other member?

a.) Will Gregory
b.) Greg Williams
c.) Rory Green

Winners will be selected at random and notified via Twitter. One entry per person. Competition closes at 12pm Monday 3rd March.

Goldfrapp release Thea, the latest single from Tales Of Us, on 17 March 2014. The Tales Of Us album and limited edition box set are out now on Mute.