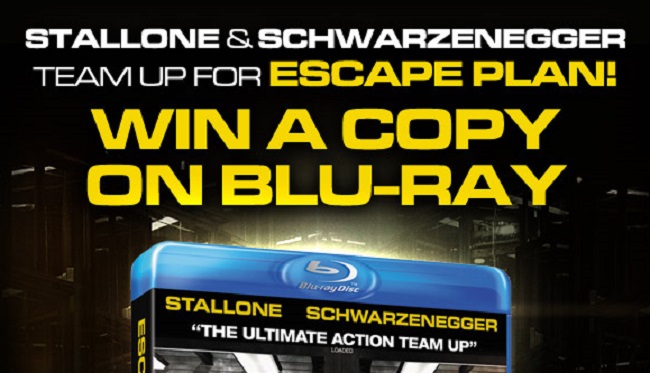 Sly and Arnie – two of the greatest action legends star together in the one liner driven, ass-kicking, big screen, maximum devastation creation ‘Escape Plan’ – breaking its way onto DVD & Blu-ray 17th March. To celebrate this momentous release we have a Blu-ray to giveaway to one lucky action film fanatic!

“Highly enjoyable” (Total Film), surprisingly intriguing and a riot of fun, ‘Escape Plan’ sees both our leads bringing their ‘A game’ to propel us into a twisty juggernaut of thrillingly visceral whoop ass!

We have a copy of the Blu-ray of Escape Plan to give away. To be in with a chance – look a the following question.

What was the first film to feature the initial screen meet up of Stallone and Schwarzenegger?