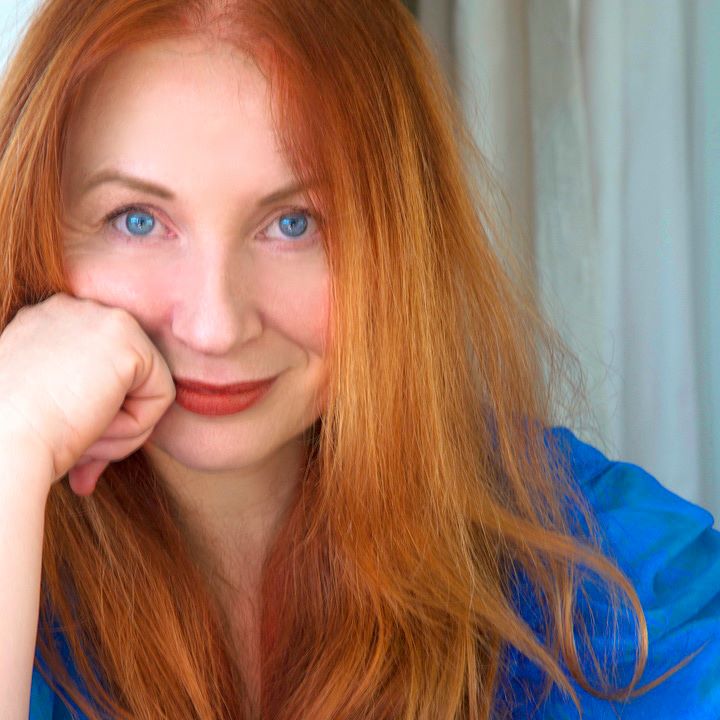 Welsh singer-songwriter, Judith Owen, is set to release her debut UK album Ebb & Flow. Known for her beautiful and heartfelt songs, Owen evokes the spirits of so many great 1970s singers in hew work. Back in te UK last week, Judith answered a few questions for us.

Hi Judith! Your new album Ebb & Flow comes out on 7th April in the UK. What can we expect to hear?

It’s probably my strongest to date. I’ve been called “the queen of bitter sweet”, and there’s no change there, but this time it’s with a definite nod to the American Troubadour music of the 70’s. I’d describe it as being emotionally intelligent music that’s both cathartic, AND heavy on the hooks. It’s an ensemble sound this time though, made up of soulful singing, piano driven songs, and some truly legendary musicians!

You’ve recruited some fine musicians to play on this one, I hear? How did that come about?

My husband, “renaissance man” Harry Shearer had worked with Leland Sklar in the past on his comedy albums. We eventually met and it was a musical homecoming for me. When I reached out to guitarist Waddy Wachtel, and Drummer Russ Kunkel, I knew he’d put in a good word. I’m happy to say that they didn’t need much arm-twisting from either of us. They’d played on the records that influenced me hugely as a singer-songwriter so there was little to no musical explanation needed. They cut their teeth on this kind of music, so when we got in the studio everything I’d hoped for came to fruition. It truly was the most “hand in glove” recording experience of my career, and it’s been a love-fest ever since. I’ve been smiling so much my face is starting to hurt. Seriously, sometimes I’ll be playing with these guys and then all of a sudden it’ll occur to me… “I’m in the Carole King cat seat!”

There are some very personal songs on this album, about losses you’ve suffered. Do you think these will provide comfort to others in similar situations?

All my songs are autobiographical, but for me they have to resonate with the audience to be successful. I’m able to talk honestly though my music about the big things in life; love, loss, loneliness, and I think my job, as an artist, is to give the listener permission to feel. Songs like “You’re Not Here Anymore”, and “I Would Give Anything”, are definitely about the way we cope with loss. None of us are ready for it, even when we know it’s coming. Years after my mother died, when I was 15, I was on a plane going from LA to London for Xmas with my dad and sister, and suddenly after all that time, I realised that I’d never see her again. I’d been living in denial all those years, hoping that by some miracle I’d see her on the street, or she’d walk in the room. It’s a personal story, but it’s also a universal one. When people write to me, or tell me after a show, how much they relate to my songs, or felt I was telling their story, I know I’ve ‘got it right’. It’s what I love…getting comfort and catharsis from the shared experience!

You cover James Taylor’s great track Hey Mister That’s Me Up On The Jukebox. That must be a fun song to sing?

When I asked my band (who’d all worked with Taylor), which of his songs I should cover, Russ immediately piped up with “Hey Mister”. I’d been very open about my own struggles with clinical depression, and he felt that this song (written at the height of Taylor’s fame and his own life-numbing depression), would ring true in my hands! Being out the other side, I knew I had to make the song defiant, rather than submissive. So I sing it from the perspective of a solo performer who doesn’t want to be a ‘lonesome’ introverted player anymore. It makes even more sense now that I’m supported by these amazing musicians. Add to that the fact that both Russ and Lee played on the original record, and you can appreciate why singing this song with these guys makes me feel like I’ve won the Lottery!

There’s also a cover of the old Mungo Jerry song In The Summertime on the album. I’m guessing your version is a bit different from the original, what’s the story behind that?

I’m sort of known for my covers. The more testosterone fuelled and anthemic the song, the more I want to re-imagine it as something sexy, and female driven! So I was doing a summer-themed show in London last year, in which I did this song. I’d just finished recording with guys, and was still in that ‘Laurel Canyon’ mind set. The minute I tried it out with my UK players, I knew I had to include it. Of course it appealed to my sense of humour, especially when I asked myself, What would Joni do? So I turned a cute song about summer (and how young blokes want to get laid and legless), into a more voyeuristic tale, told from the perspective of an experienced woman, eyeing up the boys, eager to re-kindle those same summer fuelled emotions!

You live in the US these days – does that have an influence on the music you make?

Actually, I divide my time between the US and the UK, (I just couldn’t stay away any longer!). I’ve always been hugely influenced by American music, especially the singer-songwriter scene of the 70’s. James Taylor, Carole King, Joni, early Elton, they all helped shape me as a writer and musician. I remember road trips with my family, all of us singing our hearts out to these artist’s songs. So when I finally got the courage to record with the very same players I’d heard and loved growing up, it was a bit of a dream come true, all the way from London to Laurel Canyon .

And will we see you back in the UK to support the album release with a tour?

Most definitely. There’s something so special about bringing this music, this story, these guys, to the UK. We Brits have a love affair with American music, especially from this era and nothing makes me happier than getting the chance to perform it in my home. I’ll be performing May 1st at The Cheltenham Jazz Festival and begin a US tour mid – May. We’ll tour both here and in the US throughout the rest of the year!

So what does the future hold for Judith Owen?

As much touring and recording as possible with Lee, Waddy and Russ. I’m writing and compiling songs for the next album already. There’s a Xmas EP in the works, just in time for the Xmas UK and US Sing-A-Long shows.
I live to work and am happiest when I’m doing what I’m built to do. So fingers crossed this is just the start of something.