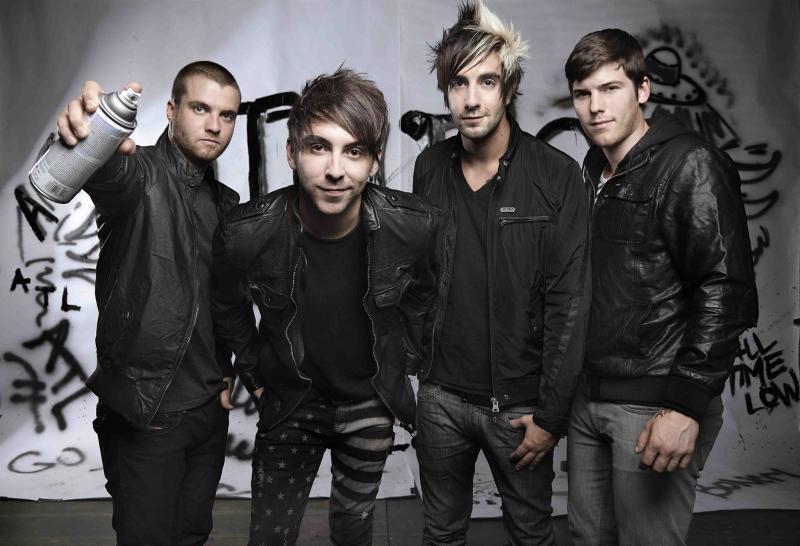 All Time Low returned for a second sold-out show in Brixton in as many weeks, but that didn’t stop any of the pressure from delivering a manic show. An unprecedented response to the band so far on this side of the Atlantic, ATL had a lot to live up to but were going to do it regardless.

Ahead of their stage time, Irish rockers Only Rivals took to the stage as the first support slot. The Dubliners took their unique combination of charm and stage presence, and wowed the Brixton crowd with their selection of songs. On the back of the release of their Details EP, Only Rivals delivered a set of memorable songs such as opener ‘Borders’ and set closer ‘History’, as well as some unrecorded tracks, teasing what the future will bring.

One of these songs, ‘Arsonist’, was not only a highlight of the set, but of the night. Only Rivals showed that they’re capable of holding their own on a big stage, and should be gracing such areas soon on their own merit. But in the meantime they’ve a great year ahead to look forward to, with support slots on the Pop Punk’s Not Dead tour just one honourable mention.

Following Only Rivals were Australia’s finest, Tonight Alive. Headed by frontwoman Jenna McDougall, TA took to the stage but seemed to be missing some of the promise they’ve shown in the past. Their last slot on the tour ahead of some US dates, the band seemed to simply go through the motions rather than hold any major stage presence.

While the fans were no doubt in awe of tracks such as ‘Are You Listening?’ and ‘The Ocean’, as well as the previously unreleased ‘The Edge’, the performance lacked an edge that Tonight Alive are generally coupled with. This was finalised by the petit blonde throwing her middle finger into the air at the end of the set, as a matter of fact gesture meaning little. Hopefully their headline tour this coming November will see them back in usual spirits.

Finally, All Time Low took to the stage and dived straight into a setlist of hits and fan favourites. Being a band for over a decade, they’ve a huge catalogue to go through, and wasted no time in that. Everything from recent single ‘Backseat Serenade’ to frontman Alex’s favourite ‘Guts’ featured, as well as old track ‘Vegas’. All the while, the band showed an energy on stage only previously seen in children after their first can of pop.

The entire band were on top form, and wanted to go out from the UK with a bang, and they did just that. Between bringing fans on stage to join in on ‘Time-bomb’, Alex’s acoustic rendition of ‘Remembering Sunday’, a cover of ‘Teenage Dirtbag’ and the in-set hilarious dialogue between Alex and guitarist Jack left fans wanting more come the end of the set.

That finality came in the encore, were Jenna McDougall joined the gang to help out on ‘A Love Like War’, doing both the song and herself justice – almost making up for earlier mistakes. With the final moments of ‘Dear Maria, Count Me In’, the stage became a party, as members of Only Rivals and Tonight Alive joined All Time Low to truly bring the show to a close. Brixton was electric, following a thoroughly thrilling show.