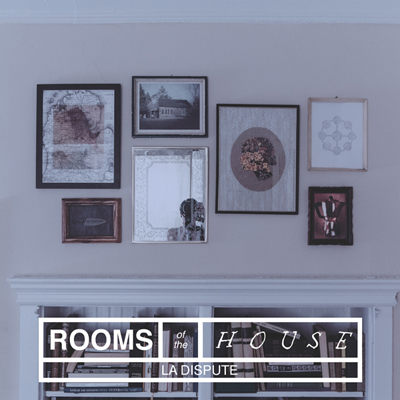 La Dispute – Rooms of the House

Rooms Of The House requires a proper sit down listen. A fascinating domestic narrative, the record stands as a flowing storyline which often feels like a suburban diary put to music.

Delving into a ‘concept album’ can be tricky. Rooms Of The House, however, is relatable, emotive, and catchy. Using everyday objects as a focal point, La Dispute ground this album in physical experience and sensual details.

The five piece use layers of guitars to illustrate the emotion of the spoken lyrics, setting the scene. Brad Vander Lugt’s drums act like the heartbeat of the protagonist in this passionate story. While songs like Extraordinary Dinner Party bring a temperamental garage rock energy to the record, others like The Child We Lost 1963 have a delicate, eerie sensitivity.

Rooms Of The House really is an extraordinary album. Listeners will go on a journey with La Dispute, and probably look at the objects around them with a new sense of sentimentality.