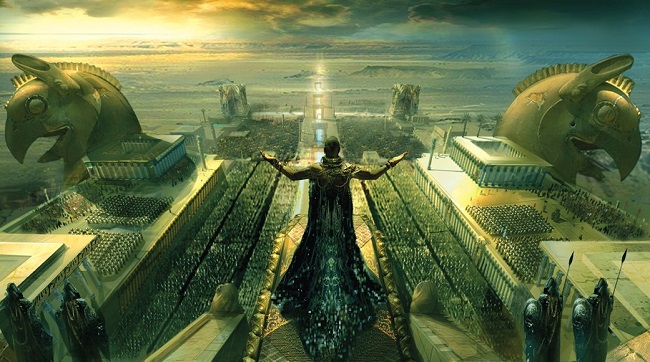 300 Rise of the Empire: The Art of the Film Review

All in all, rather disappointing as an ‘Art of’ book. While there are challenges to creating a book about a live action film, this book is lacklustre by any standards.

With the backgrounds predominantly being CG, I would have thought there would be a wealth of pre-production material. Sketches of landscapes, ships, costumes are too few. The book is mainly stills from the finished film, its more a photographic diary of filming, which isn’t really what the focus of the book should be – I can watch the film for that. I would have loved to see more weapon design and perhaps a look at those people who forged the weapons for the film, prop masters and jewellery designers etc.

Saying all that there are six pages of extraordinary portraits at the back of the book, obviously taken by an accomplished photographer. It’s a shame they just didn’t take more photos of…stuff.  It’s glossy with a muted palette and limited text so there’s a market they’re after, it’s just not for everyone.