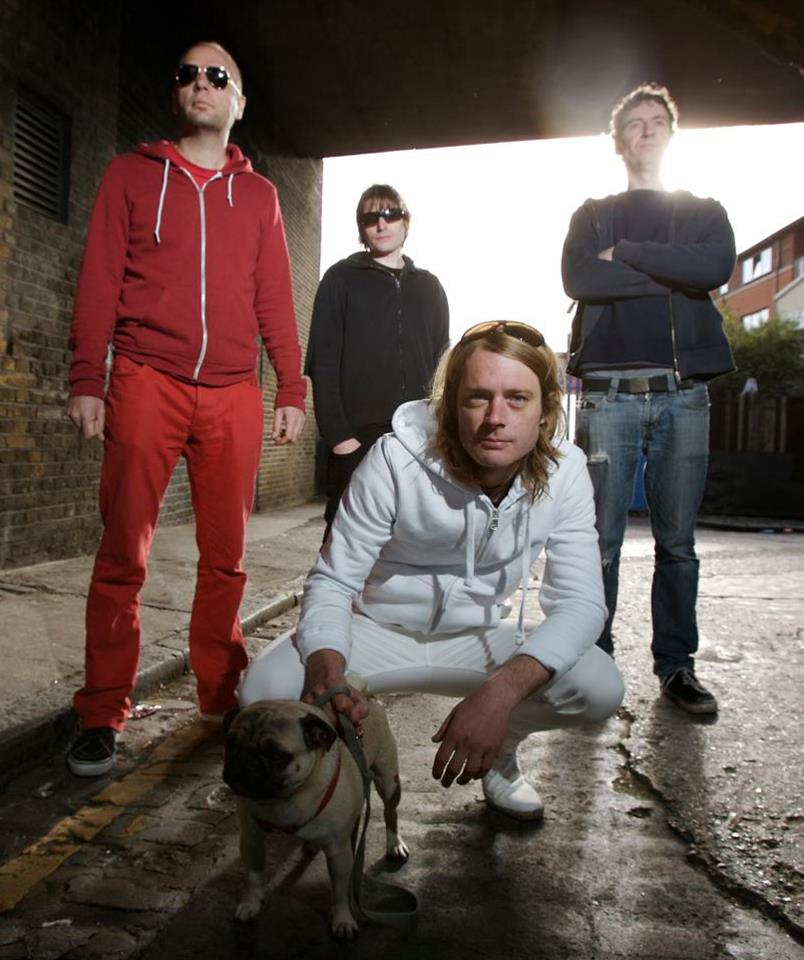 London rockers Damn Vandals are a band we’ve enjoyed listening to for a while now here at Glasswerk. And they’ve just surpassed themselves with an excellent second album release. Jack Kansas and the boys took time out to answer some questions for us.

We loved your new album Rocket Out Of London, and I think all of the reviews have been pretty positive. Are you pleased with the response so far?

Yeah, chuffed to bits people are getting it … Bad reviews tend to send us in to a psychotic rage. Chairs get broken and sandwich toasters fly out of window. Luckily the words have been good – we’ve not much furniture and only one trusted cooking utensil (long live the non-stick Russell Hobbs 17936).

Lead single Twist Up & Tangle is one of many highlights on the album. Tell us about that song.

It’s an anti advertising, pro love making, two and a bit minute romp with a double headed snake on the cover. We put thought in to this stuff … It was our newest and freshest song going in to recording and it just felt like the best track to kick everything off with …

Many of your songs tend to be short and to the point. Is that a deliberate stylistic decision?

It’s just the way these songs had to be. Perhaps we’re subconsciously catering for the modern low attention span. It’s not a wilful reaction, as punk was to prog – more of a desire to shake the air, have some fun and get out of there. Having said that, we still haven’t got a sub-two minute tune yet … One for the third album I think …

How would you say the album differs from your also excellent 2012 debut album Done For Desire?

The songs are definitely shorter. I’m pretty sure we killed the Indie too and summoned the Rock on this one ….

Will you be touring the UK in support of the new album?

Yes! The booking hotline is ablaze … We’ll play anywhere for four packs of nuts, some beer and a splash of petrol.

And do you have any festival dates lined up for the summer? I can just see you guys up there on one of those big stages …

Yeah, that would be sweet … But for starters …. The first two festivals this year are back-to-back on the Fri/Sat of May bank holiday: Off The Tracks in Castle Donington and Lechlade Music Festival in the Cotswolds. Fun times, rain or shine for all the family … Expect bad language.

And what does the future hold for Damn Vandals?

As the album title Rocket Out Of London suggests, we’d like to be getting away from this town as much as possible. It’s Hanger Lane or bust for us. Folks to play to, that’s all we really wish for. Otherwise there’ll be some singles and a bunch of surprises to be sure …

Thanks for having us!

Jack and the DVs xxxx

Well, the pleasure was all ours! Look out for Damn Vandals on tour sometime soon …