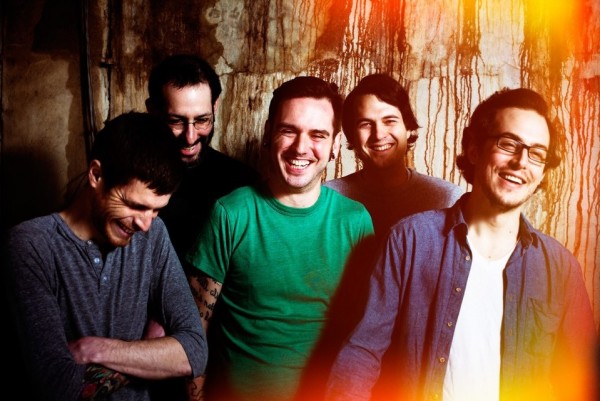 In a full capacity Old Blue Last, which appeared to be splitting at the seams, Philly rockers Restorations played their second London show in as many weeks.

Preceding the band were Astpai and the ever entertaining Smith Street Band, but it was the headliners who stole the show. Coming across as generally nice guys who thoroughly enjoy what they do, they took to the stage in the small venue and played like there was no tomorrow.

The five piece seemed to almost be falling off the small stage, but the crowd, which included a fresh faced Frank Turner, were only happy to help them out – be it singing along when required or when it wasn’t.

While the set was heavy of tracks from LP2, there were some surprises thrown in, with tracks from their upcoming album making an appearance – an October release was slated by frontman Jon Loudon.

With this tease in mind, tracks such as D, Let Blow Up The Sun and, in particular, New Old shone on an evening where Restorations showed that they have an innate ability to put on great shows. Nice guys can, indeed, finish first.