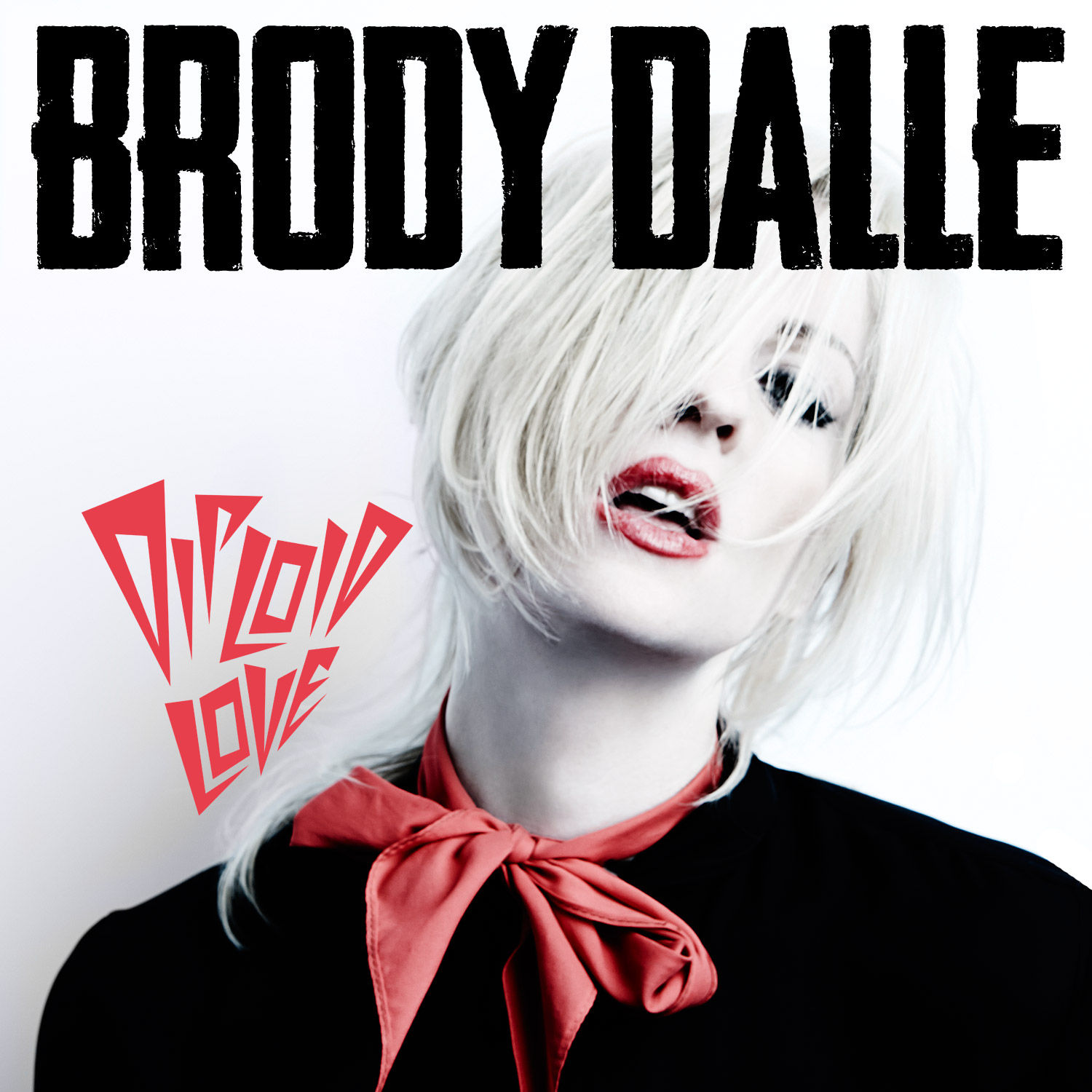 Brody Dalle’s first proper solo release was always going to be a baptism of fire. After a chequered past that’s seen her transition from sassy, heroin-chic punk rock princess, to rock and roll mom of Queens of The Stone Age front man Josh Homme’s two children by way of dabbling in side-project Spinnerrette, the real question begging to be answered is whether that explosive energy that made The Distillers such a force of nature is still prevalent in her solo material; whether it’s matured into something different yet equally special, or whether something has been lost along the way.

Striding out on her own with the opening bars of ‘Rat Race’ is a somewhat underwhelming start to the Diploid Love experience – the song itself could easily be a Distillers b-side, but lacks any of the menace or belly-bursting fire that made Dalle such a vicious phenomenon in the first place. The production in particular is an odd choice, synthesised drums sounds and orchestral keyboards draining any of the reality from the gritty punk with a sanitised digital sheen. There’s the obvious influence of husband Homme and the QOTSA sound throughout the record and Don’t Mess With Me is the first track that fairs a little better with a disco beat and sultry Southern groove reminiscent of Eagles of Death Metal – Dalle’s vocal in particular shines on this track as it dredges a deep, ragged, ripped melody across the surface of the phaser-laden lead guitars. An unexpected and welcome highlight is Dressed In Dreams, which sees Dalle channeling the cool-pop of Gwen Stefani by way of some distorted electro that tips a hat to The Knife. It’s the perfect vehicle for that bruised, forlorn drawl that she’s used throughout her career to such devastating effect – the guttural squall of a savvy, fierce, but vulnerable woman making her mark on the streets of LA.

Diploid Love is something of a dichotomy – on the one hand, Dalle herself is as raw and emotionally transparent as ever, exuding sexual magnetism and a knowing intelligence that stems from her staunch independence. On the other, her musical contribution to the album feels restrained and many of the tracks are lacking in a spark of imagination – as such, much of it falls flat and meanders where previously her no nonsense approach has stood her in much better stead. Of course time has a habit of cooling the fires, but we saw her using that best to her advantage on The Distillers’ last release Coral Fang and it’s actually Diploid Love’s melancholic piano lead I Don’t Need Your Love which comes closest to recreating that magic. Hardcore fans might enjoy the subtle nuances in some of the quirky lo-fi polysynth moments but for the rest of us, there’s sadly little to get excited about on this record.