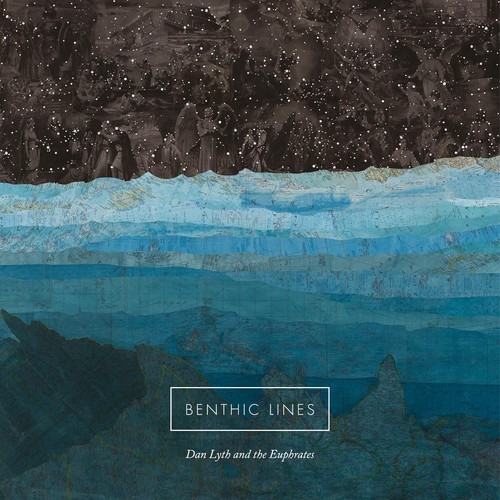 Scottish musician and sound engineer Dan Lyth decided a few years ago that it would be an interesting challenge to move from the studio and record an album entirely in the great outdoors. The eventual result is Benthic Lines (named for the undersea communications cables that connect continents), an intriguing and beguiling album of textured music that explores a range of subjects, including communication, technology and the environment.

Recorded partly in Scotland but also in Morocco, Australia, Turkey and Uganda, this eight track collection has an unusual folk meets world music feel. Inspired in part by minimalist composer Steve Reich, the sometimes ambient sounds are full of repeated rhythms and melodies, although there is no sampling or looping involved here and a wide variety of instruments is featured.

The album opens with the gentle All My Love, a delicate piano melody backing vocals that are emotional and tender. Four Creatures opens with a steady drum beat and the lyrics tell of the end of the world incorporating stories from both Islamic and Christian mythology. The pace rises as organs and guitars create a complex sound. Earth Broke Its Vow builds around a repeated piano melody, although at almost six minutes long it does drag a little. How It Happened has a different vibe, the piano almost jazzy and the vocals faster, ending with a contended feel.

We Were Bones And We Were Meat features perhaps the best vocal performance on the album, as Lyth uses his voice to mirror the widely varying rhythms form a variety of instruments. The ending sees a repeated drum beat and an ambient drone that rises and falls to create an unworldly effect. This Time In November is slow and gentle with high vocals, while the acoustic Standing Start uses a repeated female vocal sound in the background and a xylophone melody. Super Nature has a repetitive organ sound that begins to grate a little, although the closing swell gives a strong finish to the album.

Benthic Lines comes in a bound sixty page book of photos from the various recording locations. The cover was designed by celebrated New York artist Matthew Cusick and the package also includes a short story, Already Here, by talented Fife writer Craig Rennie. It’s not so much an album as a multimedia presentation pack.

As a musical collection, Benthic Lines is elegant and sweeping. At times it is expansive and majestic, at others quieter and reflective. Yet there is always the feeling that it was created by an artist who knows exactly what he wants to say. Dan Lyth has a very different approach to making music and this album is one that stands out because of its fine orchestration and varied musical content.