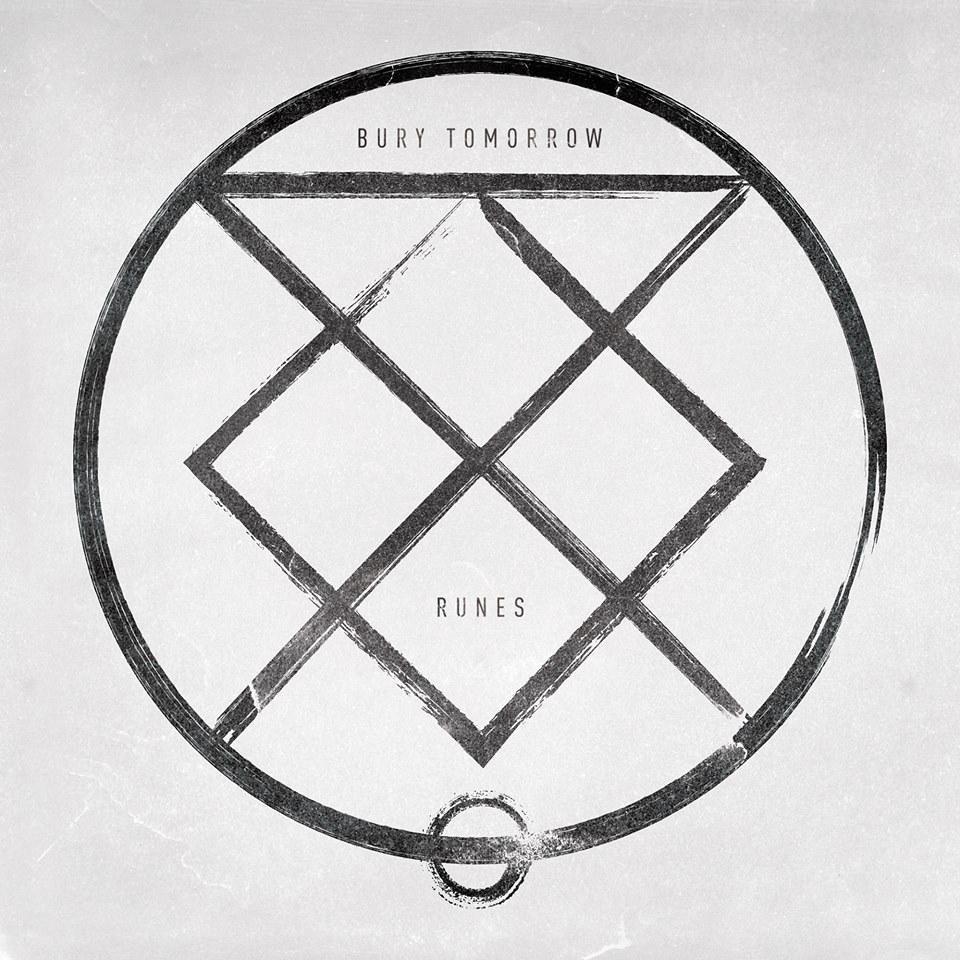 Southampton metalcore quintet, Bury Tomorrow exploded onto the scene with the release of their debut LP ‘The Union of Crowns’ in 2012, and with relentless touring, built up an army of fans. Their follow up record, ‘Runes’, builds on their success, and can only catapult them into the mainstream.

Why, you ask? Because it’s just that good.

The hype surrounding ‘Runes’ is justified. The five-piece’s melodic metalcore is more technical, more assured on their sophomore record; confident, thundering riffs, huge, sing-along choruses – the record is well worthy of its place at number 1 in the UK Rock chart.

The record also allows Dani Wynter-Bates to grow – there is a maturity on the album that speak of his experience as a frontman and a lyricist. With songs like the brilliant ‘Man on Fire’ and ‘The Torch’, Bury Tomorrow have equipped themselves with new crowd favourites; debuted at this year’s Slam Dunk Festival, they elicited an enthusiastic response to say the least.

The lack of record label pressure for ‘Runes’ has given the quintet a chance to breathe easy, compose themselves and make a much-needed line-up change. In consequence, they’ve been able to push the boundaries of their sound – ‘Devine Breath’ allows clean vocalist Jason Cameron to take centre stage, and the results are endearingly spectacular.
Given their show-stopping performance at Download Festival, Bury Tomorrow are clearly gaining momentum. And with another upcoming tour, the band have nowhere to go but up.