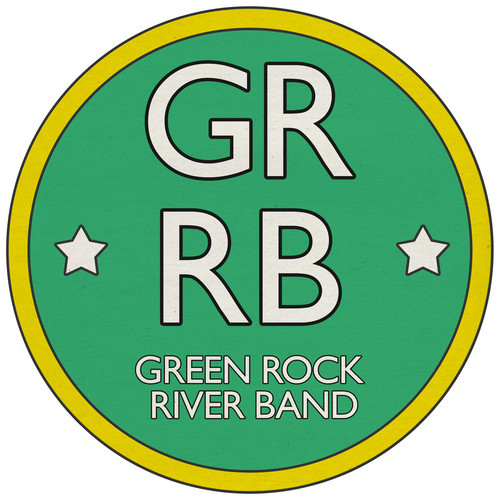 London’s Green Rock River Band have been around for a few years now with several EPs to their name, but Rhinoceros is the band’s first full length release. The eclectic mixture of folk music with various other styles and the combination of vocal harmonies with string and brass instruments gives an unusual sound. Or rather an unusually large range of sounds, as there is great variety within this album’s ten tracks.

Opening track Charlie Stork’s Blues probably typifies the musical approach. It begins with a train arriving before the banjo comes in. There is a touch of flair and drama, before it settles into a steady rhythm. Occasional guitar flourishes add an almost flamenco feel and a lovely trumpet melody floats in and out. There is so much going on that it really shouldn’t come together into a fine song, but somehow it does.

The other major highlight is Rosie Ann, a tale of unrequited love that sees contrasting male and female voices alternating, with serenade leading only to rejection. And when the voices come together the harmonies are sweet and pure. It works very well – and the eclectic side of the song sees DJ Walde, adding rhythmic dubstep percussion lines.

There are other good tracks on the album. The more upbeat Angry Ferret and Drink Here Till I Die are both basically old time hoedowns with tremendous energy and rhythm. This Old Heart is a gentle country love song built around the fiddle, while Old Summer Nights is a soft and melodic country folk song straight from Americana territory.

Rhinoceros is an album of variety and diversity. The Green Rock River Band are clearly not adverse to trying out something new – and inevitably sometimes it works out more successfully than others. But there is more hit than miss on this debut album and it sounds like they had great deal of fun making it too. It’s well worth a listen, even if you don’t consider yourself to be a folkie. There is something in here for pretty much everyone to enjoy.