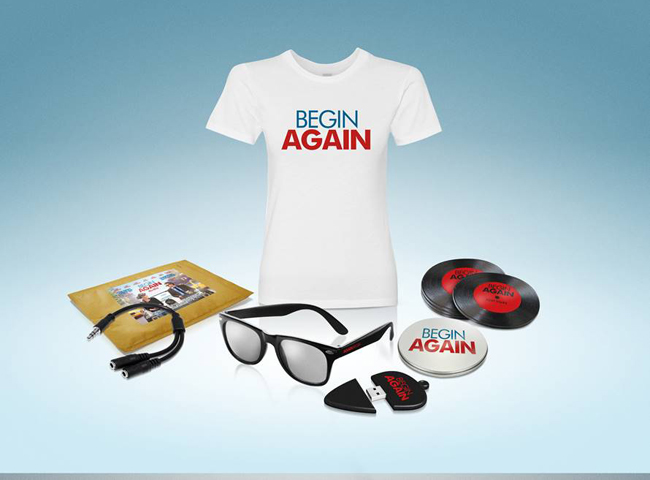 Romantic Comedy BEGIN AGAIN starring Mark Ruffalo and Keira Knightley launches in UK cinemas on July 11th. To mark this occasion we have 5 merchandise packs to give away to winners

To be in with a chance – please have a look at the following question:

Send your answer along with your postal address to: editor@filmwerk.co.uk

The film follows Greta (Knightley) and her long-time boyfriend (Levine) who, seduced by dreams of making it in the big city, move to New York to pursue their passion for music. Heartbroken when he rejects her for the fame and fortune of a big solo contract, Greta finds herself alone and far from home. Just when she’s decided to move back to London, life begins to look up when a down-on-his-luck record producer Dan (Ruffalo) stumbles upon her singing during an open mic night. Captivated by her raw talent and inspiring authenticity Dan persuades Greta to take a fresh approach to making music and together they transform the streets of New York in to their recording studio, giving the city and their careers one final shot.

This competition closes on July 18th.