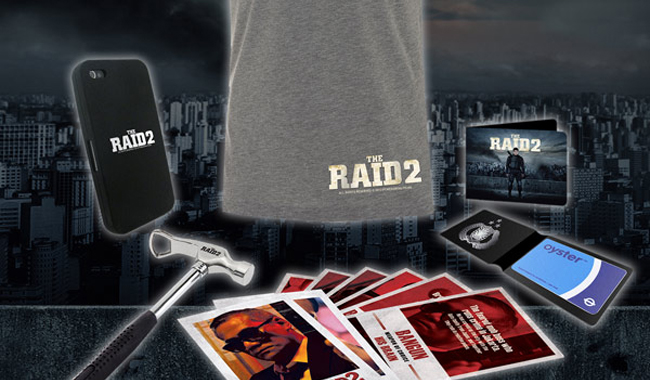 THE RAID 2 brings all out action to the streets of Jakarta with fast paced, relentless action and a labyrinthine story of dark thrills that demands to be watched time and again. Introducing new kick ass characters and mesmerising locations that will take your breath away, The Raid 2 expands on the unbelievable action from the first film and ramps it up to the max.

To support the release of The Raid 2 out on DVD and Blu-ray Monday 11th August, we have a pack of cool merchandise up for grabs for one lucky winner.

We have a set including including a T-shirt, Hammer bottle opener, Oyster card holder, i-phone holder and character cards.

To be in with a chance of winning check out the question below.

Gareth Evans also directed a segment in which horror film?