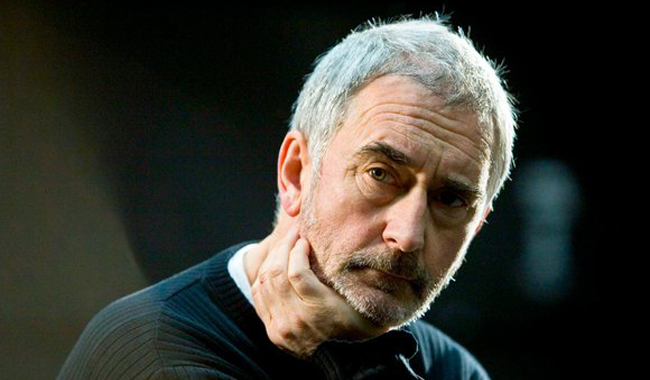 The Actor And The Camera Review

Author: Denis Lawson (with a forward by Ewan McGregor)

Actor Denis Lawson appears on the front of this self-penned instruction book besides a camera. Lawson is an actor with a familiar face, more from TV than cinema, but is never the less an experienced actors on stage, TV and large screen. He has acted in a number of TV dramas including an adaptation of Charles Dickens ‘Bleak House’ as well as playing Wedge in the first three Star Wars films. He is an experienced actor on stage, as well as the big and small screen. At the beginning of the book he is at pains to point out that any actor who has been to acting school is trained on how to act. But it is very clear that drama school does not prepare the actor for the big differences there are between the stage where one would perform daily in front of an audience and in front of a crew and a camera for film and TV in what can sometimes be a confined space. For a stage actor the waiting around for a small scene in a film that requires a few lines before breaking ready for the next set up can be painful. Similarly an actor used to another discipline may find the acting in a soap frustrating and frenetic where many more pages of dialogue are shot in a single day (could be up to 20 pages of script for a soap compared to 3-4 for a movie).

To give an example of this difference, to instruct an actor to “hit their marks” is the same for the screen as well as the stage. The difference is on the stage an actor has defined spaces he must be at during certain points of action or dialogue. For the screen there are a whole different set of factors to take into consideration: not only must the actor hit his physical marks with his feet, but also his body and especially his/her face and head. Am I going to be out of focus? Is my position going to light the way the DOP (Director of Photography) intended to light the shot, angle etc.? Lawson also defines the difference in a TV sitcom, in which an actor is in front of an audience with a series of cameras, but the set is deliberately flooded in light so that these problems won’t affect the pace of filming a sitcom.

So many aspects are considered in the book from filming for CGI, action, driving a car and how to act or not act and even bedroom, sex and lovemaking scenes with the problems, awkwardness and difficulties that this poses. Interestingly throughout Lawson draws on references to how filming changed with HD digital cameras since Michael Mann’s Collateral (2004), words of advice that were given to him from the likes of Dirk Bogarde or just from drawing on all the years of experience that he has accrued. Lawson even goes to lengths for the first major obstacle and that is auditioning for the part, do I need to turn up or can this be done using a webcam? How should I dress? And so on.

Throughout, the chapters are in short sharp busts to get the points across with the author speaking to the reader in everyday language and even allowing his frustration to come through. He aids the text with lots of descriptive illustrations, showing how to ‘rock in’ for a shot for example or how to focus with your eyes during a close-up to a fellow actor who is not even there. Even for myself, a non, but wannabe thesp this is an easy, understandable and fascinating read. There is plenty in the way of a glossary in the book as he de-codes film language: “print it”, “action” or what the key grip, best boy and gaffer do in case you didn’t know. One other great piece of advice is introduce yourself to the cast and crew, get to introduce yourself on the first day of shooting to the 1st Assistant Director, 2nd or even 3rd Assistant Director as well as the DOP are some of the most important people to have good relationships with on a set rather than the set’s head honcho, the Director himself. I am sure that these are lessons that Lawson learnt the hard way throughout his career making this book an essential reference manual to any actor embarking on a career away from the stage and on the screen itself.