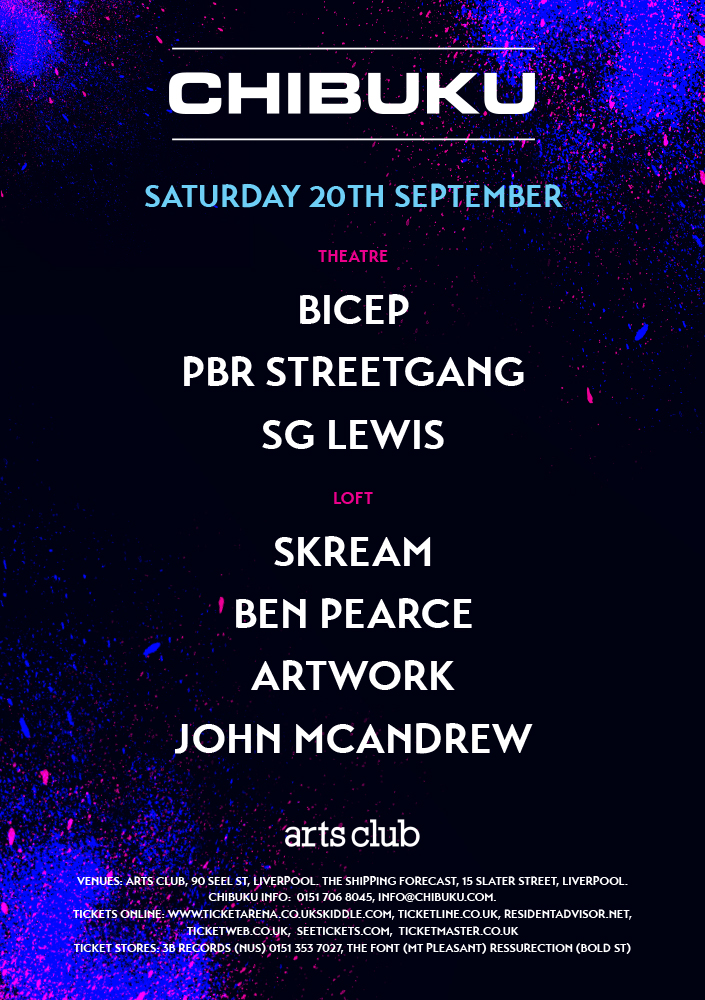 Liverpool’s long running and critically acclaimed Chibuku clubnight is coming into it’s 15th year on the scene, starting with their re-opening party on 20th September.

Their first club night of the new Autumn run features Irish duo Bicep who, when they began, would dig crates and share their stash of weird and wonderful club tracks online. Blogging honed their tastes, expanded their record collection and inspired them to start making tunes. Now they’ve relocated to London and their DJ sets are essential for anyone into four-four, taking over the UK’s underground house scene.

The two-some will be joined by Skream, Ben Pearce, Artwork, PBR Streetgang, SG Lewis and John McAndrew and we’ve got a pair of tickets to give away!

Tickets for all events available online at: chibuku.eventgenius.co.uk

Physical tickets also on sale in Liverpool at 3B Records, The Font Bar and Resurrection