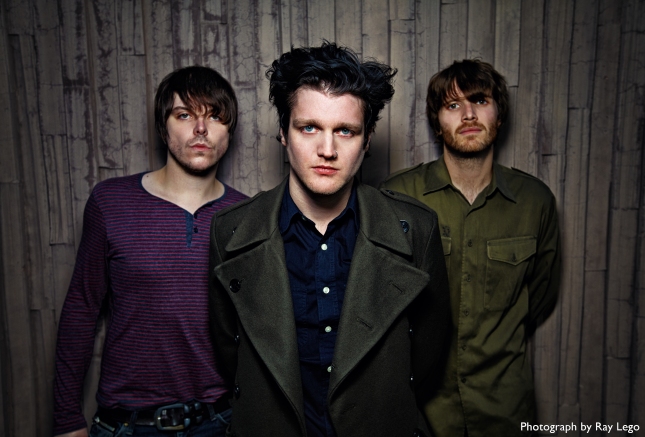 The Virginmarys – The Ritz, Manchester

It was a homecoming of sorts for Macclesfield noise-merchants The Virginmarys as they played their biggest headline gig to date at The Ritz in Manchester recently. To celebrate, a lively bill was crafted to entertain a mixed-bag crowd of youngsters and classic rock stalwarts alike.

Thanks to a 10pm curfew Pennsylvania’s Crobot took the stage at the early hour of 7pm. This fact that didn’t detract from the band’s first experience of Manchester as bassist Jake Figuera confirmed to me when speaking after the gig. It is difficult “but still fun though.”

The band’s enthusiasm was infectious as they ripped through a set that consisted of monstrous 90s-style alt-rock riffs which grooved in the mould of Rage Against the Machine or Clutch. The ace in the hole is that this immense display of riffage is shot through with the incredible Robert Plant-esque vocals of Brandon Yeagley. The Legend of the Spaceborne Killer and latest single Nowhere to Hide were particular highlights.

Yeagley evokes images of the band Stillwater from Cameron Crowe’s film Almost Famous, all long hair, microphone flips and snake hips. Sweating and smiling profusely, he dashed over to the merchandise stall following the set to sell Crobot t-shirts to a new army of fans who were no doubt keen to know when the band would next be visiting these shores.

Bristol’s Tax The Heat were next to take up the baton and arrived on stage with completely different vibe. These sharp-dressed men were suited and booted with slick hairstyles reminiscent of a fifties rock n’ roll band.

Where four-piece Crobot grooved and gurned, Tax The Heat found the confines of the Ritz a little too cramped and had to rely on their songcraft to keep the growing crowd content, rather than any physicality on stage. No need to worry. Packing a much beefier sound live than on their debut EP, the band’s modern take on RnB infused rock married a combination of a rousing clap-along set, and tight, note-perfect playing.

The Virginmarys walked into the by-now packed room and proceeded to blast through an hour and a quarter of raucous grunge-inspired rock, boasting a huge sound that belied their status as a three-piece.

It was stompers like Just a Ride, You’ve Got Your Money, I’ve Got My Soul and signature tune Dead Man’s Shoes that really got the Ritz’s famous dancefloor bouncing. The Ritz is becoming an increasingly popular venue in Manchester, a city whose busy live music scene is a “must do” stop-off for bands playing gigs in the UK.

It was no more obvious than by the time Portrait of Red was unleashed, with its scream-along chorus of “Baby, treat my body like a canvas!”, that the VMS had the crowd eating out of their hands; so much so that they weren’t afraid to air some new songs which fit seamlessly into the set whilst also raising expectations for the next album, due to drop in 2015.

Almost in direct contrast to the showmanship on display by the opening act tonight, frontman Ally Dickarty spoke little between songs, preferring to tear from one to the next. When he did, it was to speak humbly about how grateful they are for the support they are receiving—particularly from family and friends. Indeed two coaches from Macclesfield were parked outside the venue to assist them with a speedy getaway, presumably straight to a party to celebrate their triumphant night—for that is what it was.

Noisy, riff-laden rock music might be in the shadows at the moment—some even say it is dead— but with bands like The Virginmarys and their friends around, it is safe to say that their voices will at least be heard above the white noise.