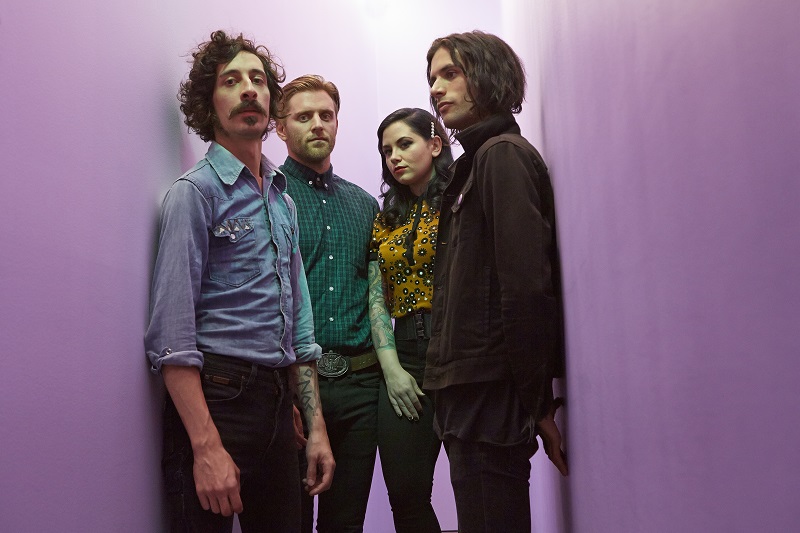 A Quick Chat With Turbowolf

We caught up with Turbowolf front man Chris Georgiadis to find out more about their new record, headline tour and just what the hell he would do if he was a real Turbo Wolf with jet engine legs. What? We were really happy with that question…

Hello Turbowolf – why the long break? We missed you.
Ah that’s nice. Well we’ve been making an album and that seemed to take us a while. But hey, we’re back now so chill out.

You’ve been through a few line-up changes, can you tell us a bit about that? How is Lianna settling in?
Lianna fits in great. She’s a bundle of electro-static energy which sometimes confuses her electronic equipment but most of the time just adds to her charm.

We’re already big fans of the band after catching you at Download last year, what can we expect from the new material?
A luxurious record with hints of lunacy.

You worked with Tom Dalgety as co-producer on this record, what did he bring to proceedings?
He brought all the important things like professionalism, knowledge, power, extreme dexterity, a glowing skull, stories of passion and Daniel Evans.

Have you managed to include a 3 minute free-form theramin solo, and if not, why not?
The whole album is recorded solely with the theramin, that’s why it took so long to make.

Not that we want to blow smoke up your backside but we think it’s fair to say you were quite ahead of the curve on the current rock-revival in the UK scene, is it nice to have some company now that bands like Royal Blood, Marmozets and Lonely The Brave are shooting up the ranks?
I think that it’s great that people are being forced to listen to rock music at the moment. And hopefully when they are not being forced to, some will listen out of their own accord.

The Download Freezes over tour sees you heading out in December with Empress and God Damn, how are you going to make this one unforgettable?
That reminds me, I should add that to my list…’make DFO tour unforgetable’. I’ll get round to that.

What’s one item you can’t live without on tour and why?
Positivity. It’s not an item as such but you sure can’t be without it.

If Turbowolf was a real wolf with turbo rocket jets instead of legs, where would visit first?
B&Q?…or Mars?

Give us a riff that makes you weak at the knees…
I’ll choose a drum riff please. The Mars Volta’s Multiple Spouse Wounds.