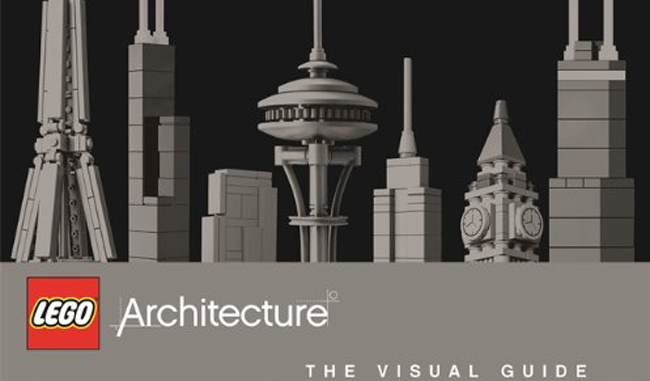 It won’t have escaped many people’s attention on Filmwerk that we like to dabble in a bit of LEGO building. So much so that we even devoted an entire section of the site to it. So when this new book from DK appeared on our horizon we just had to review it.

LEGO Architecture doesn’t really fit in with the movie tie-in LEGO that we normally review – but we are obliged to make exceptions from time to time, and this is one definitely worth side-tracking to.

The Architecture series launched back in 2008, but from the leafs of this very nicely produced book you will read that it has been much longer in the making starting back with designer Adam Reed Tucker. The history of how larger models were the springboard to produce a series of smaller models based on some of the world’s most notable landmarks and architectural designs is fascinating.

There are 22 designs (up to date) that are all covered in this book (from very small iterations of say The Empire State Building, to much larger sets like Robie House). It’s a wide travelling tour of buildings and landmarks from across the globe.

First of course we get an introduction including a forward by Tucker himself. In fact all designers are given short profiles before looking at the creative process and development for making a model.

The book then takes each model one at a time showing you close ups of the LEGO design, the full completed design as well as a breakdown of how it all fits together – all which are juxtaposed against photographs and text on the original.

The majority of the pages are black which really helps the LEGO Brick designs stand out on the page.  Each chapter however opens on a double silver backing to introduce the title of the piece as well as a certain angle at the LEGO design before the chapter introduces both the real and LEGO versions. A history of both is given and what was used to bring the design together. The pages only ever get a white background when the original real life building/structure is being talked about at the end of each chapter.

The In Focus sections of some of the chapters are particularly fun to look at as you see the model slightly pulled apart and can then see the actual bricks and how they were put together to create the design. It’s a great way to look at how a design is engineered with as few bricks used as possible.

The hardback book also comes encased in its own hard box and at £25 you are hardly breaking the bank. Of all the books based on LEGO designs, this is likely to be the one that is more universally accepted even by non-fans. It’s about a subject that goes beyond the geek and is presented in a way that gives it much more of a prestige look. Highly recommended.